After unveiling Solar Roof Tiles last year, Tesla promised to start its sale in April 2017. However, the company didn’t quite deliver on its promise and took an additional one month to pull the trigger. Now, it has started taking orders for the tiles, which are said to cost a “typical” US buyer $21.85 per square foot instead of $24.50 for a regular roof. The actual cost for your abode will depend on a number of factors, but don’t worry, Tesla has got you covered and is offering a tool that lets you gauge the exact cost of the project by using your roof size, local electricity prices and even regional sunlight levels.

Unlike traditional clunky solar panels that sit on top of the roof, these solar tiles would replace your roof outright, giving it a beautiful look and generating loads of clean energy. In a blog post, Tesla had said, “Although the cost of our solar tiles is more expensive up front, it can be more than offset by the value of energy the tiles produce”. “In many cases, the reduction in a home’s electricity bill over time will be greater than the cost of the roof”.

The company plans to bring 4-panel types, two of which – “smooth” and “textured” glass tile – are already up for preorders. CEO Elon Musk said on Twitter that the Tuscan and French Slate varieties will be available “in about 6 months.” He also said that Tesla’s solar roof will be available in “almost any country” with deliveries in the US starting this year and UK next year.

Musk also shed a bit of light on the ordering process. Once you’ve placed your order and made your way up the waiting list, their engineer will visit you to work out exactly how many tiles your roof would require and how much of it should be non-solar? Yes, that’s the tricky part. Not all tiles they install will be solar. The spots that don’t enough sunlight will get standard non-solar tiles, but they’ll carry the same aesthetics, looking just similar from the street. 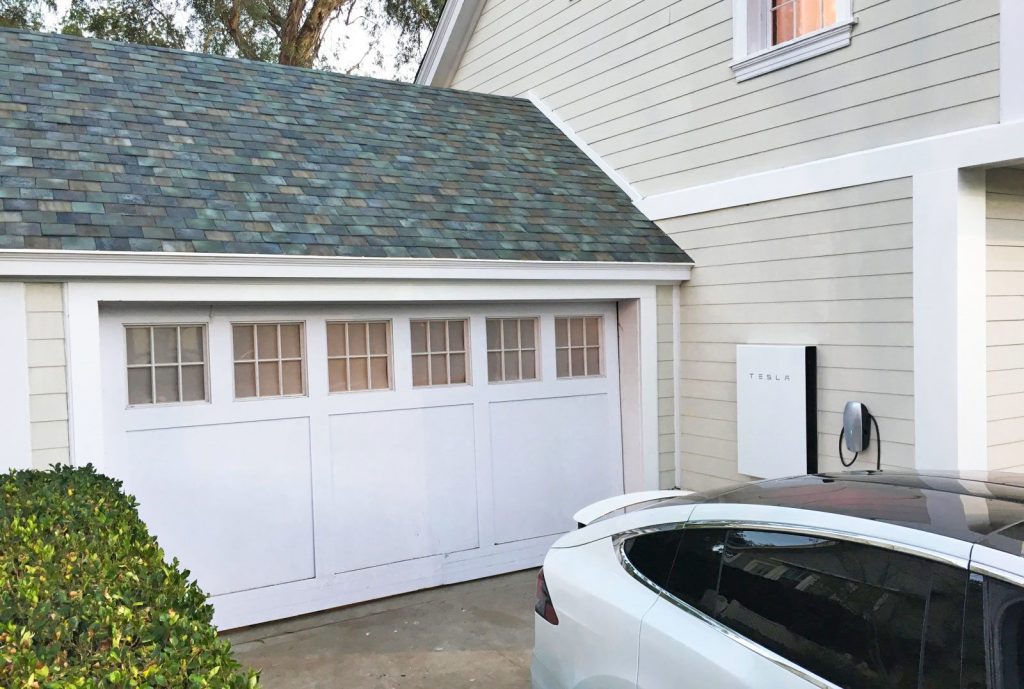 Tesla’s solar roof will connect to Powerwall 2, which can store 14kWh of energy, with a 5kW continuous power draw, and 7kW peak. Its tiles are made from highly durable tempered glass, which protects the underlying panels from damage while allowing the sunlight to pass. Even the print of these tiles is such that you won’t notice the difference between a solar and non-solar tile unless you’re looking straight down on them. They supposedly look opaque enough from the road and keep the panels hidden.

It is also worthy to note that Tesla claims these tiles do not degrade over time like asphalt or concrete. “Solar Roof is the most durable roof available and the glass itself will come with a warranty for the lifetime of your house, or infinity, whichever comes first,” the company had said. It will be managing the entire process of solar roof installation and estimates that it would nearly take a week to complete.