Tesla Inc, formerly Tesla Motors, gained widespread attention following its production of the Tesla Roadster, the first electric sports car. The company then launched Model S, an electric luxury sedan in 2012. Since then the Model S has been the world’s best-selling plug-in electric car for two years in a row – 2015 and 2016. The Model S was followed by the Model X in September 2015. Model X is a crossover SUV that uses falcon wing doors for access to second and third row seats. Model X has now been awarded a 5-star safety rating in every category.

The National Highway Traffic Safety Administration (NHTSA) has awarded the Model X a 5-star safety rating in every category and sub-category. The ratings were announced after conducting independent testing. This makes the Model X the first SUV ever to earn 5-star rating across the board. The data also shows that Model X has the lowest probability of injury as compared to all the other SUVs the NHTSA has ever tested.

Of all the cars NHTSA has tested, Model X’s overall probability of injury stands second. The first spot stands occupied by Tesla’s Model S. Model X has so many design elements and features that have earned it the coveted 5-star safety rating – from rigid, fortified battery pack mounted beneath the floor of the vehicle to overall stable electric architecture and design. The battery mounted beneath the floor creates a center of gravity so low that Model X has the lowest rollover probability of any SUV on the road.

The NHTSA rates the SUV in nine subcategories, including frontal impact, side impact, and pole impact. Model X achieved 5-stars in every category and sub-category. In short, the results indicate that in the event of a serious crash, Model X occupants have an overall 93% probability of walking away without a serious injury.

“Among the nine subcategories rated by NHTSA, including frontal impact, side impact, and pole impact tests conducted on both the driver and passenger side as well as the rollover test, Model X achieved 5-stars in every category and sub-category. That means that in the event of a serious crash, Model X occupants have an overall 93% probability of walking away without a serious injury – a testament to our commitment to building the safest cars on today’s roads.” said Tesla in its blog post. 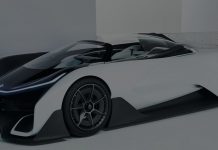