Teen Wolf Season 6B cast had assembled at the San Diego Comic Con 2017. The event has seen the launch of new official SDCC trailer for the fans. This trailer has teased what is coming up next for the final 10 episodes of the last season.

Teen Wolf Season 6B is the last season. One of the lead cast members of the series O’Brien, who plays Stiles has revealed his feelings while filming the last episode. He says to the aforementioned source, “It’s nothing but emotional now that it’s over,” he continues, “For me, this will always be such a special thing. This was my first part ever.”

He also added, “It’s been a family and it will always be a family. I’ll always miss this character and this show. It’s sad. It makes me super-emotional. I’m getting shaky just talking about it right now.”

Earlier it was speculated that after the major accident on the set of Maze Runner 3, actor O’Brien might not return for the last 10 episodes of Teen Wolf 6B. But looking at his surprise presence at the SDCC panel drops a hint that Stiles might play a major role in it.

There is no doubt that the upcoming season of Teen Wolf might see more brutal scenes as someone is out there to kill all of them. The lives at Beacon Hills are threatened to be killed by an unknown army. The trailer also teases that Scott and Malia are having romantic feelings for each other. Perhaps there will be more deaths by the finale of Teen Wolf Season 6B.

‘Teen Wolf’ Season 6 Episode 11 Spoilers and Trailer: 5 Things Teased in the 6B Trailer 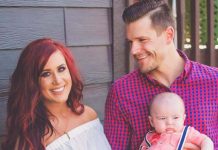 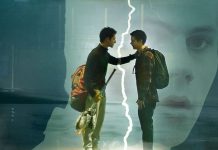