The most anticipated supernatural drama Teen Wolf Season 6 Episode 11 premieres soon on MTV Network. In a recent interview, executive producer Jeff Davis has spilled the beans on what is coming up in Episode 11. Read to know more.

The last half of the final season has revealed a happy ending to Scott’s pack. The Ghost Riders met their ultimate fate and Stiles was rescued by his friends. It remains to be seen how the story will continue when Season 6b returns with Episode 11.

The premiere episode will see Derek and Stiles returning to the show. Speculations were rife that Dylan O’Brien might not return to Season 6b of Teen Wolf. But that is not true. A media report reveals that in an interview, Davis says, “I can tell you that both Derek and Stiles make an appearance in the first episode so you should definitely tune in for the first episode because it’s kind of surprising how that comes about.  It’s not a flash forward, but it’s fun. You’ll see.”

The recently dropped sneak peek of Teen Wolf Season 6b has seen spider webs all over a place. According to Teen Wolf News source, the title of Episode 11 is ‘Said the Spider to the Fly.’ The aforementioned website also reveals, “The title is a reference to Mary Howett’s poem ‘The Spider and the Fly’.”

The preview of Teen Wolf Season 6b has not revealed whether ‘Stydia’ is still together. The preview teased a new romantic relationship between Scott and Malia. But fans need not worry. Davis says to a website, “Yes, there will be Stydia.” This drops a hint that Stiles and Lydia’s love continue in the next half of the final season. 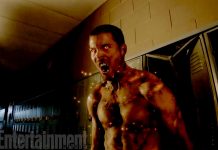 Teen Wolf Season 6B Gets A New Hellhound Named Halwyn; To Premiere July 30