Microsoft announced at its Build 2016 conference held a few days back that it will soon bring an update known as the Anniversary Update to the Windows 10. Microsoft has also presented some changes that will be a part of this release. 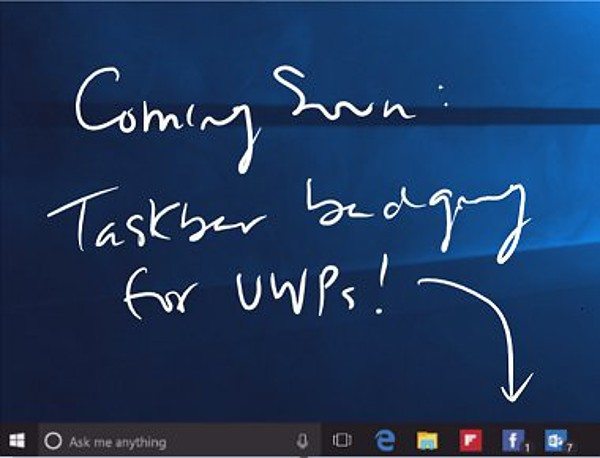 There’s far more to this update than some minor bug fixes and performance improvements. Jen Gentleman, a software engineer at Microsoft has revealed on Twitter that there will be taskbar badges for universal apps in this anniversary update.

This would mean that every time you’ll run a universal app on your desktop, there’ll a small badge next to the icons in the taskbar which will represent the unread notifications. This should come in handy for apps like Outlook, where you can see the number of unread emails without having to actually launch the app.

Favourite announcement at #Build2016? Hard call – there were so many good ones.. Hope you didn’t miss this, though ? pic.twitter.com/hraHxz1X39

The release date of this update hasn’t been confirmed yet, but it should most probably occur during July this year. Microsoft is expected to soon make some announcement in this regard.