The battles continues with Tap Titans 2, as sword master defends the world from an all new, more dangerous army of the invading Titans. In Tap Titans 2, you can power up Sword Master in new ways to overcome the Titan’s ever-increasing strength. With Tap Titans 2, you get to enjoy the full RPG experience on the go. You can ‘Tap’ to defeat 120 all-new Titans in 10 gorgeous hand-drawn realms. You can recruit heroes and loyal pets to help you repel the Titan onslaught. Not just this, you can ‘Prestige’ and cash in your progress for powerful artifacts and talents. 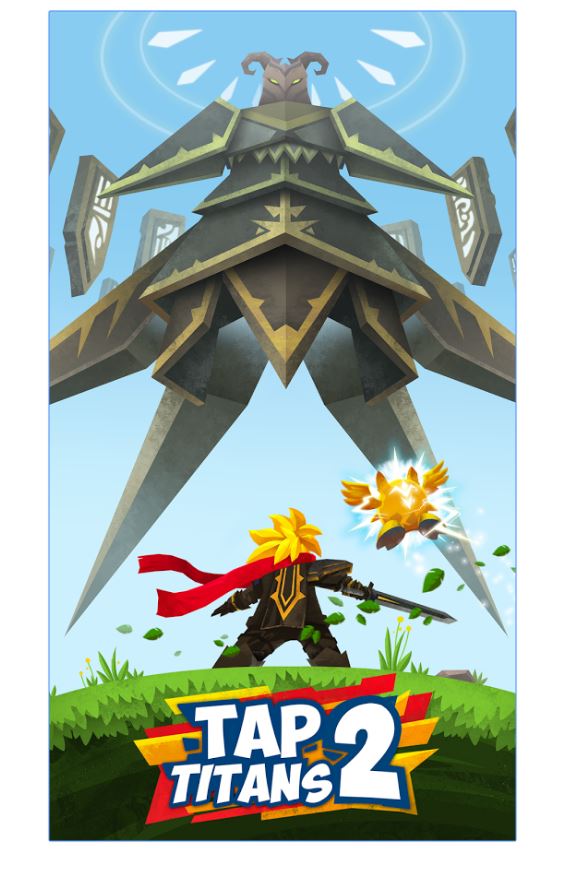 You can also unlock unique skills to power up the way you choose to play, collect equipment to customize your hero’s looks and strengths to suit your play-style, compete against other players around the world in global tournaments to show off your strengths and earn prizes. That said, you may be wondering how to get started with this amazing game. This post is all about that – a complete beginner’s guide to let you know about artifacts, when to prestige, clans, pets, tournaments and more. Let’s begin with understanding what Tap Titans 2 Pets are all about.

Pets are one of the most important attackers in Tap Titans 2. The reason they are important is because at level 500, they can attack without your taps. And how do you get pets? By buying them from the store or getting a new egg for a pet every four hours. And how do you increase the levels of pets? Duplicate pets that you get will combine with the existing ones to increase its level. Pet damage is affected by several factors – including but not limited to – your total tap damage, your current pet’s pet damage multiplier and bonuses from equipment (explained later). 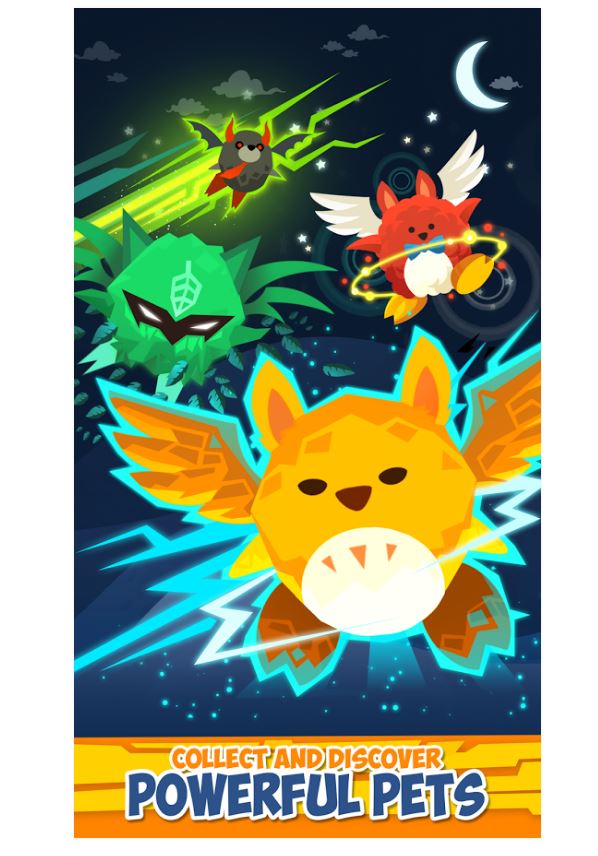 Just like in Tap Titans 1, Sword Master is your main hero. Sword Master’s damage increases each time you level him up. Those playing Clash of Clans game will be familiar with the concept of heroes. Just as you upgrade Barbarian King and Archer Queen to make them more powerful and unleash extra damage, Sword Master becomes all the more powerful with increasing levels. Roughly, Sword Master’s damage amount doubles every 20 levels. So one obvious goal for you as a player would be to get the Sword Master to reach 20 levels. But there’s a catch – the doubling starts at level 10, meaning you have to reach levels 10, 30, 50 and so on to make Sword Master doubly powerful. What’s more interesting about the Sword Masters is the skills that they unlock as you take them to higher levels. Some of the skills last for only a specific duration of time. Once the skills are unlocked, you will require mana to use them. The most important skills are Hand of Midas and Flame Sword.

1. Hand of Midas: To unlock this skill, you need to take the Sword Master to level 300. What you get as part of this skill is the gold rain for every tap. The skill lasts for only 30 seconds. Remember how the Barbarian King ‘rage’ ability works for a limited period of time in Clash of Clans? Very similar to that!

2. Flame Sword: This skill becomes available at level 400. The best part about this skill is that it multiplies your tap damage by a great amount. But the skill lasts for only 30 seconds. 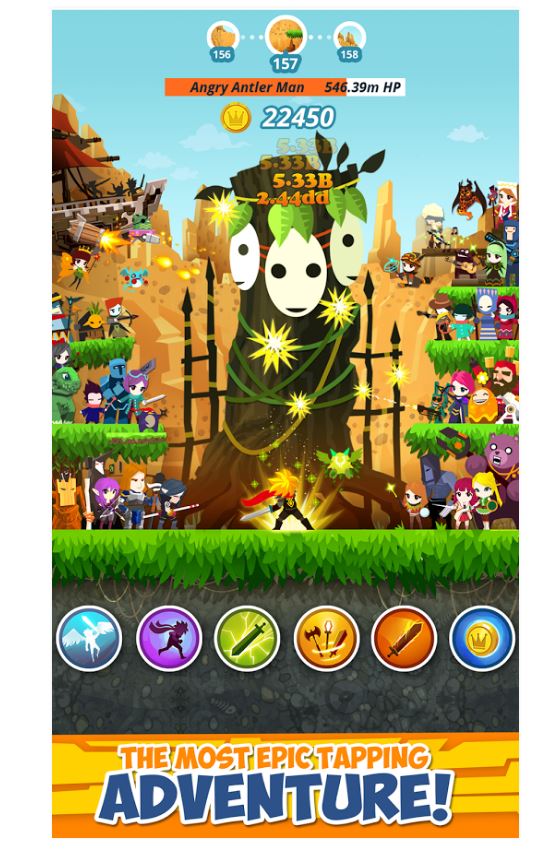 There are also other interesting and powerful skills such as Heavenly Strike, Critical Strike, Warcry and Shadow Clone. Heavenly Strike is unlocked at level 100 and deals a large burst of damage in a single shot. Critical Strike, which increases your critical strike chance, can be unlocked when Sword Master reaches level 200. And Warcry can be unlocked at level 500. This skill unleashes damage at a whole new level for a total of 30 seconds. And last but not the least, Shadow Clone skill is unlocked at level 600. This skill summons a clone which deals X times your tap damage every second.

Heroes in Tap Titans 2 basically fall in three separate categories – Ranged, Spell and Melee. Heroes will become available as you start to earn more coins with Sword Master. The best part about Heroes is that they have skills that unlock at various levels, just like the Sword Master skills. The skill unlocking starts at level 20 and goes on till 1000. It’s generally advised to start increasing levels of your Melee heroes. But eventually, you will have to level up all the three hero types to unlock skills.

When To Prestige in Tap Titans 2

When you ‘prestige’ you get to have artifacts (discussed in the next section). You will also get relics, which you can use to upgrade the existing artifacts or discover new ones. In the previous edition of Tap Titans, the golden rule was to prestige as soon as progress started to go slow. In Tap Titans 2, you need to take Sword Master to level 600 to prestige. The general recommendation is to prestige as soon as your reach level 600. But doing so when you are at stage 105 ensures more relics to be discovered. 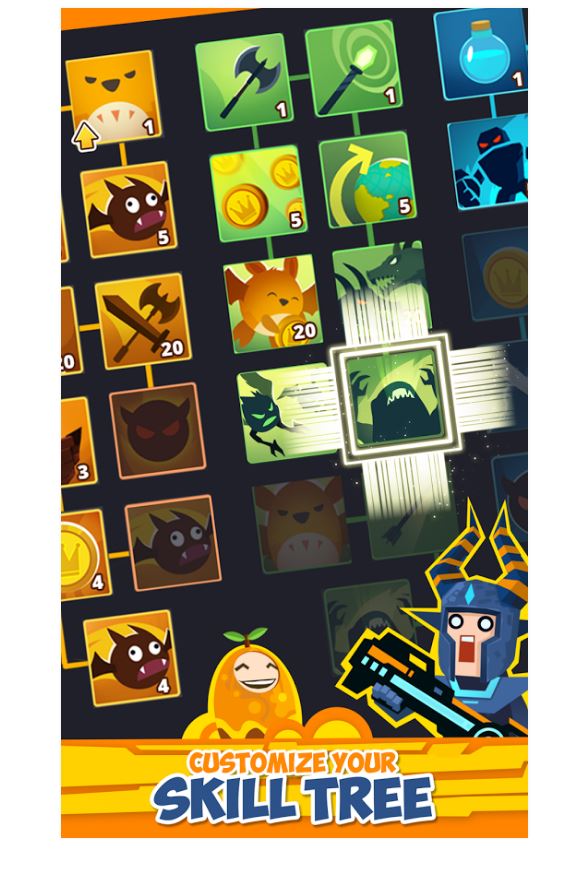 All About Artifacts in Tap Titans 2

Well, as mentioned, when you ‘prestige’ you get to have artifacts. Different artifacts have different perks associated with them. Reddit users have listed Artifacts by tier to help beginners decide the best ones to upgrade. Here’s is a list re-produced as is from Reddit user ElGuien’s post –

These artifacts will help you push further, faster, giving you more equipment and skill points, which give the most bonuses early on.

These are almost as good as the tier 1 artifacts, but not quite. Same idea, helping you push further faster.

These give good bonuses or good AD so are good to have.

Not as good as tier 3, mainly useful for a bit more AD

Equipment can be used to change the look of your character. Equipment also serve to provide bonuses. Unlike customization in Tap Titans 1, equipment are much more powerful and you can’t buy them with diamonds. But you get to have a piece of equipment every 20 levels starting at 56. There are five types of equipment – Swords, Helmets, Chests, Auras and Slashes. Each have their own kind of bonuses. The best types are Swords and Helmets.

Clans and Perks in Tap Titans 2

Clans in Tap Titans 2 are a new feature. Once you join a clan, a ship appears on the screen, which does 10x your hero damage per second every 10 seconds. Just like clans in Clash of Clans, a clan can have up to 50 players. Once you reach stage 20-25, you can create a clan or join an existing clan. And then there is something called Clan Boss, which you get to attack as a clan. The game allows to you strike it every 30 seconds every hour. Your clan damage multiplier increases when you defeat a clan boss. 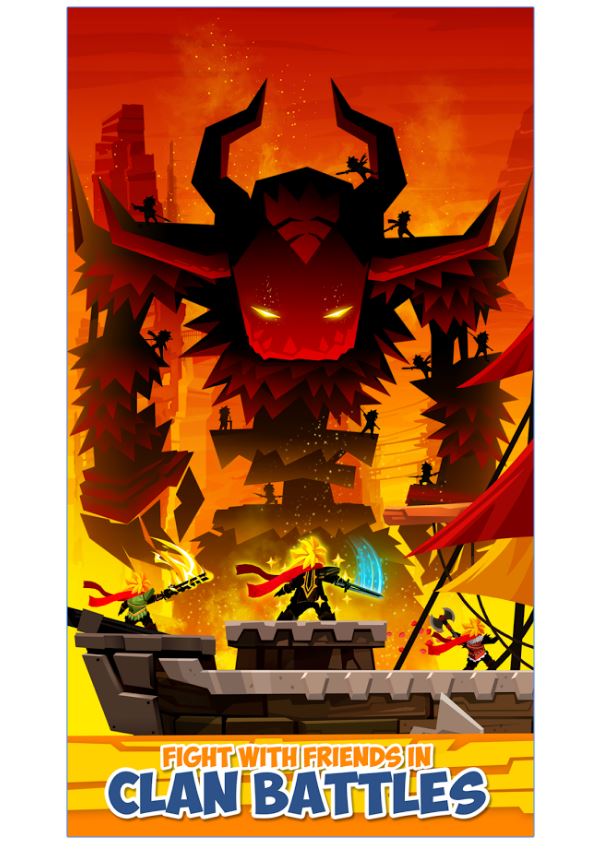 Just like in Tap Titans 1, you can purchase perks with diamonds. The Make It Rain perk gives you gold while the Double Damage doubles all damages, tap, hero and pet for 8 hours. ‘Doom’ instantly kills the current titan and ‘Mana Potion’ refills mana.

There are tournaments every Sunday and Wednesday. These tournaments give you prizes based on where you are placed. The prizes directly depend on brackets like 1-200, 201-500, 501-1000 and son.

That’s if folks! If this post helped you to get started with Tap Titans 2, let us know your experiences in the comments section!