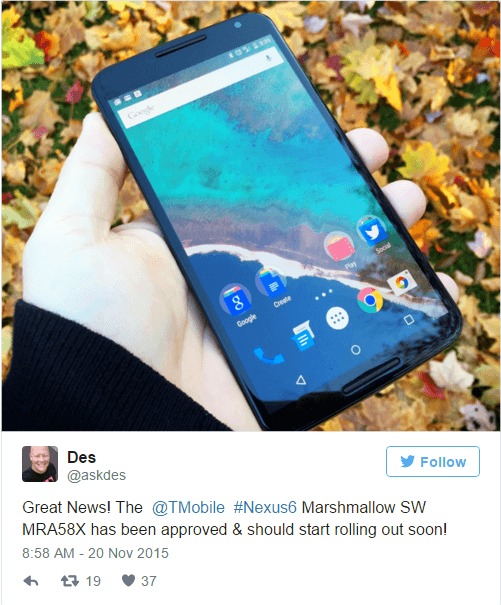 The announcement comes directly from Des Smith, Senior Product Manager at T-Mobile. Smith made the announcement in a tweet, in which he also stated that the software update will carry version number MRA58X. According to the tweet, the Marshmallow update has been approved for the Nexus 6 and will be rolling out soon.

This announcement does not come as a surprise, as Motorola had announced last week that it will be giving out the Android 6.0 Marshmallow update for a lot of its devices. So if you own the T-Mobile variant of the Nexus 6, it’s just a matter of a few days before the update is rolled out to your phone.