T-Mobile Poland recently held a press conference, and while the whole conference won’t excite us so much, one of the presentation slides surely grabbed attention. According to a new report, information about flagship smartphones from the big players including Sony, Microsoft, LG, Samsung, and HTC have been revealed in the slide.

The presentation slide we are talking about states that Samsung will launch four Galaxy smartphones in Q1 2016, and we expect the Galaxy S7 and S7 Plus to be among the list. The other two phones will probably come out at the end of the first quarter. 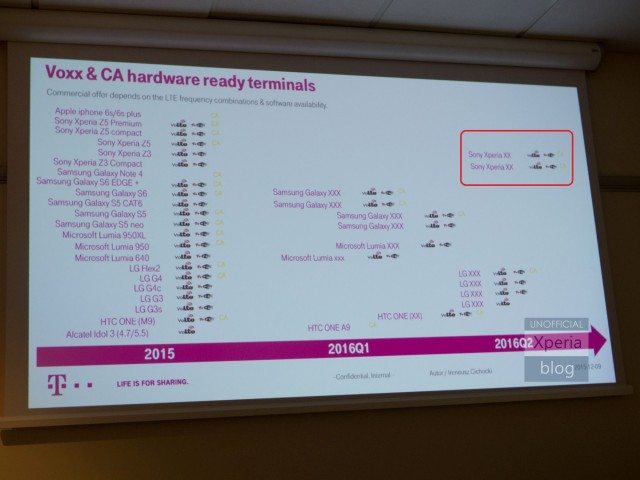 One Microsoft phone will be launched in mid-Q1, while another will come out at the end of the quarter. HTC will be outing an HTC One smartphone near the end of Q1.

Also, Sony is said to launch two new Xperia phones in Q2 of next year, and we guess these will be a part of the upcoming Xperia Z6 line-up. LG will also launch four new phones in the second quarter.

Though the list does not reveal any more details about the aforementioned unknown smartphones, we at least got an idea of what the biggies are planning for the next year.