News about brand new model of Alcatel One Touch Fierce XL for Windows 10 Mobile has been leaked. Well this is not official news but we have a sneak peek of this via @evleaks on twitter.

We’d already been wandered upon the news of unveiling Alcatel One Touch Fierce XL Android handset from the same source (@evleaks) back in September. But now T- Mobile of USA is deciding to launch Windows 10 based version of the cellphone. 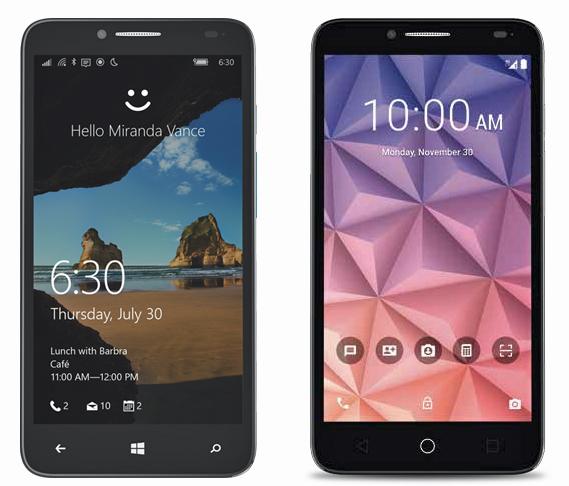 Let’s have a look on the expectant features and specifications of both handsets.

We are still not sure about the final launch date of both Windows 10 and the Android-based Alcatel OneTouch Fierce XL. But according to the comments of Alcatel one Touch’s Executive we are definitely looking forward to hear an official news about the launch soon.

Via CNET :
It plans to unveil a Windows 10 smartphone before year’s end, Steve Cistulli, Alcatel OneTouch’s senior vice president for North America, said in an interview on Thursday at the CTIA wireless trade show. “We are very supportive of the Windows ecosystem,” Cistulli added.

As Alcatel One Touch is quite popular for its low-cost phones so we are also expecting cheap prices for the both Android and Windows based phones. It will be exciting to see what OneTouch Fierce XL will bring to the table this time.