MobiPicker
News T-Mobile Announces 4.5 inch ZTE Obsidian for $99.99
Share on Facebook
Tweet on Twitter
Deal Alert: 49% Off on ExpressVPN
Touted as #1 VPN in the world, ExpressVPN is now offering 49% off & an additional 3-months of service on its annual plans.

T-Mobile has announced a new affordable smartphone – the ZTE Obsidian. The entry-level phone will likely cost $99.99 off-contract, being one of the most affordable Android smartphones that you can buy in the United States. 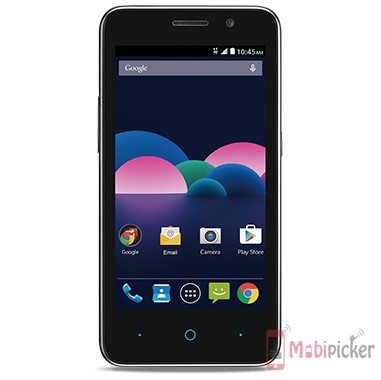 As it is quite easy to understand that being in affordable price segment, the ZTE Obsidian is not going to offer any special features. Equipped with a 4.5-inch panel running at an uncommon resolution of 480 x 854 pixels and a pixel density of 224ppi. Powered by a MediaTek MT6735M chipset, an entry level offering which includes a 1.0GHz quad core processor. The ZTE Obsidian packs 1 gig of RAM, and just 4GB of internal storage, however it is possible to enlarge it using a microSD card.

The camera department includes a 5MP rear camera, and a 2MP secondary lens on the front face. Running Android 5.1 Lollipop, it comes with 4G LTE support, and is powered with a 1,980mAh battery.

T-Mobile‘s online shop will offer the ZTE Obsidian from next week, more specifically – August 13th. Given to few features like 4G connectivity, Android 5.1, the ZTE Obsidian appears a nice smartphone for low-budget customers. In case you do not want to spend $99.99 at once, the phone is also available through T-Mobile’s installment plan, that will cost you $4.17 for 24 months.