MobiPicker
News Symphony Xplorer P6 with 13MP camera, 5.3 inch Display launched in Bangladesh
Share on Facebook
Tweet on Twitter
Deal Alert: 49% Off on ExpressVPN
Touted as #1 VPN in the world, ExpressVPN is now offering 49% off & an additional 3-months of service on its annual plans.

Few days back, we came through the Symphony Xplorer ZVI and Symphony M1. Now company has come with a new smartphone in its Xplorer series, dubbed Symphony Xplorer P6. The phone will be available for the price of Tk 9,990 in Bangladesh. 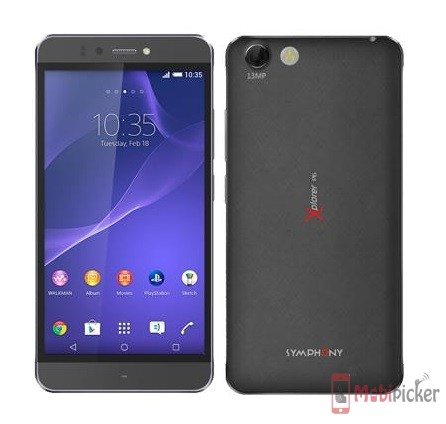 The Xplorer P6 is mainly focused on camera which comes with a 5 megapixel selfie snapper and a 13MP sensor on rear with a tri-LED flash.

Running Android OS, v5.0 (Lollipop), the Symphony Xplorer P6 packs 8GB of internal storage (expandable up to 32GB), 5 megapixel front-facing camera, and a 2,500mAh battery. Powered by  is equipped with a a  1.3GHz quad-core processor with Mali-400MP2 GPU and 1 gig of RAM, the Xplorer P6 sports a 5.3 inch IPS Capacitive touchscreen display with a resolution of  1280 x 720 pixels.