Microsoft isn’t having a good time in the smartphone market, as all its efforts to revive Windows Mobile-powered Lumia phones have failed. It is being said that the company will kill the Lumia lineup altogether and will introduce the all-new Surface Phone soon. The Redmond giant is also expected to launch the much-awaited Microsoft Surface Pro 5 soon, and rumors suggest that the Surface Pro 5 release date might be the 26th of this month itself! 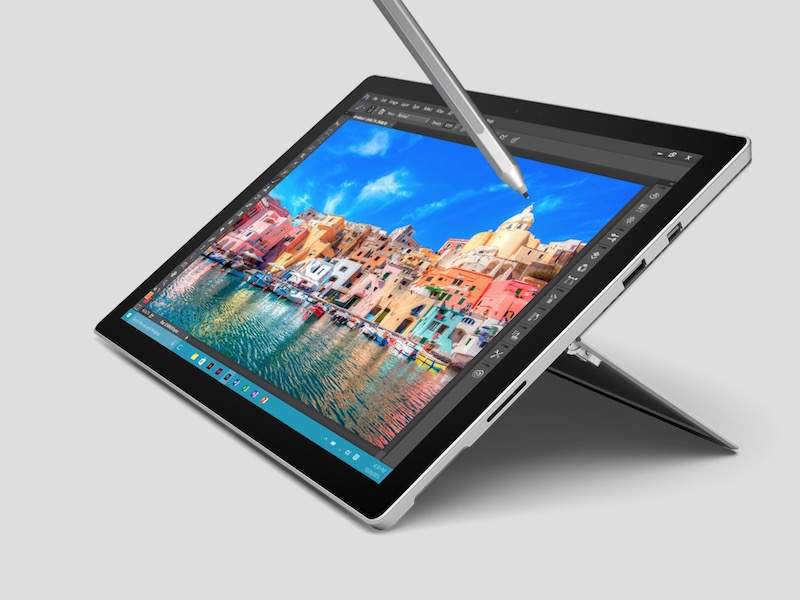 Even though the company failed to create magic in the smartphone business, Microsoft’s Surface Pro line of devices have been a huge hit. The Surface Pro 4 was the last in the series and is selling well even now, so expectations are high for its successor. The Microsoft Surface Pro 5 tablet PC has been delayed a lot, but an iTechPost report suggests that the device may be unveiled on the 26th October Windows 10 event.

Talking about the specs and features of the hybrid laplet, the Surface Pro 5 will come with the latest Intel processors, the Kaby Lake CPUs. There will be a 4K display that will be a first for the Surface Pro series and will be a major upgrade that will keep the tablet ahead of the competition. The device could get up to 16GB of RAM for the top variant. The new Surface Pen could be wirelessly rechargeable with the magnetic charging dock fitted on the Surface Pro tablet itself. A 2K display variant is also expected at a lower price.

It is being speculated that the Surface Pro 5, along with many other new features, will also offer USB Type-C port and not the regular USB 3.0. This will increase the charging and data transfer speeds. A more powerful and richer camera setup is also expected. On the software front, the tablet will come with Windows 10 Redstone 2, which is the next big update that will be released early next year. Microsoft is supposed to be waiting for all the new Surface devices to get ready so that it can release the Redstone 2 (RS2) update with them.

UniversityHerald suggests that Microsoft may talk about VR gaming at the upcoming event. If that’s right, the RS2 update could add support for VR content in the upcoming Surface Phone. Also, considering the fact that RS2 update isn’t out yet, Microsoft may only unveil the Surface Pro 5 hardware on 26th October, or the company may only talk about it. The actual launch will only happen once the big Windows 10 update is ready. The Pro 5 will compete against the upcoming MacBook Pro 2016 notebook, which is also expected this month.

As reported by Gamenguide, Amazon has marked the Surface Book and Surface Pro 4 as old versions. This could mean that the Microsoft Surface Pro 5 launch is not far away. But as we already said, it is possible that the Pro 5 may come out in the first quarter of 2017, so Microsoft fans will have to wait a bit more. Rumors suggest that the basic Surface Pro 5 price will be somewhere $899 and may go up to $1699.

So are you excited for the Surface Pro 5? Or are you just tired waiting? Comment below.