Campi Flegrei, a supervolcano lying beneath the Bay of Naples, with an 8-mile wide caldera is showing signs of activity again. Researchers, led by Giovanni Chiodini, from the National Institute of Geophysics and Volcanology in Bologna, Italy, have been monitoring the volcano for some time and noticed signs of activity that could ultimately lead to the eruption. 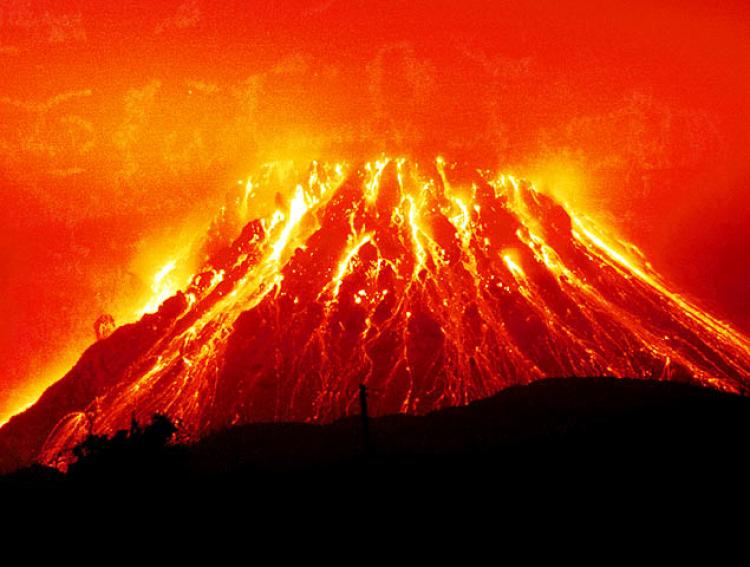 When Campi Flegrei erupted last time, 40,000 years ago, it was one of the largest known volcanic eruptions of all time, ultimately wiping most of the European Neanderthals. The supervolcano erupted 200,000 years ago, leading to a volcanic winter caused by massive amounts of ash that flew into the atmosphere. Italian government already raised volcano’s threat level from green to yellow (constant scientific monitoring), but scientists still don’t know when exactly the volcano could erupt.

Thousands, if not millions, of people, could be endangered, and the eruption could be as catastrophic as the potential eruption of the Yellowstone supervolcano, which could trigger a nuclear winter (during which the sun is blocked by the ash, causing low temperatures, lack of sunlight, and massive starvation because the crops can’t grow without enough sunlight), and could be thousand times as powerful as the eruption of Mount Helen (which happened in 1980) the largest eruption recorded during modern times.

Oden Navon, a volcanologist at the Hebrew University of Jerusalem, stated that the explosion would produce enormous amounts of magma, which could cover most of southern Italy. Also, the eruption could produce enough ash to trigger a global weather change. It could lead to massive climate problems that would last for years. Navon said that “If it does erupt, it certainly could be a very serious matter. It isn’t a volcano, it’s a supervolcano.”