It won’t be a hyperbole to say that OPPO was the show-stealer at today’s MWC with its latest Super VOOC charging which left everyone spell-bounded. We don’t have any device employing this amazing technology yet but OPPO has promised that this technology will be used in future OPPO devices.

The Super VOOC is capable of charging a 2,500 mAh battery in just 15 minutes. Yes, you heard us right. One can even achieve 45% of charge in just about 5 minutes. This technology will sure take the competition to a whole new level. 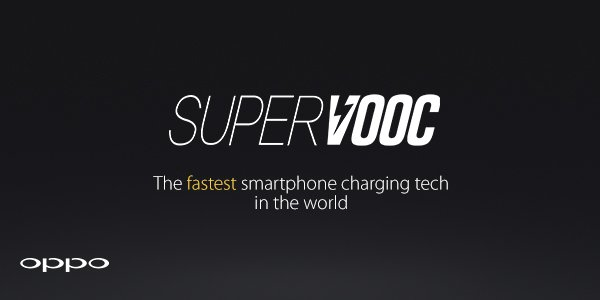 This incredible technology works on both microUSB and USB Type-C ports. But you need few accessories specially crafted by OPPO to use this technology. These include a Super VOOC Flash Charging plug, a special cable and a connector made from premium military-grade materials.

The Super VOOC uses current at the potential difference of 5V and directly transmits the power to the battery without any conversion. This leads to up to 97% energy efficiency.

Here is some more info on the Super VOOC:

VOOC Flash Charge creatively changes circuit topologies, meanwhile creates an all-side, five-level protection technique from the adapter to the interface as well as the device, securing the safety as well as the speed.

Because of the difference in charging mechanism and efficiency, the temperature of a smartphone using VOOC Flash Charge remains significantly lower during the charging process than a phone using a high-voltage solution. VOOC Flash Charge-enabled devices will heat up by a maximum of only 3.3 degrees Celsius.

Because temperatures can be regulated so effectively during charging with VOOC Flash Charge, the smartphone can safely be used during the charging process. For instance, you can Flash Charge your smartphone while surfing the Internet, watching videos, or playing games.

OPPO will soon bring this technology in its upcoming devices and it has gone for the mass-production. But you should know that if you decide to use other fast-charging technology on a Super VOOC enabled OPPO smartphone, then it will revert back to slow charging as “due to the temperature spikes caused by quick charging and screen brightening simultaneously.”

We’re hoping to see this experimental technology in the latest OPPO devices. Do let us know what you think about this and stay tuned for more news and info.