Super Mario Maker was one of the Wii U’s best exclusives and now it’s going to the 3DS. It’s sad that the Wii U is just coming to an end in such a short amount of time. This is the end of the Wii U, onto the Switch. Aside from lamenting over the demise of a current gen Nintendo console, there’s still some stuff to look forward to. Like the fact that the new Super Mario Maker will have Amiibo support on the Nintendo 3DS. But there are still some missing features that we would love to be in the game.

They should just give us all the character caps from Super Mario 64 for the Nintendo DS. BUT! we also really need the cap power-ups, like wing cap, metal cap. But most importantly, more variety from the Mario universe. Maybe a boomerang powerup that we can place on a hammerbrother to create a boomerang brother? Or a fireflower for a fire bro. But most importantly, we also need placeable water.

Water without underwater theme and lava without castle-theme is also a good addition. It was even hinted in the trailer for the Super Mario Maker stage, for Super Smash Bros. Wi U/3DS, that it will be in Super Mario Maker but it never came in Wii U version. More themes like Slopes, Rolling hills from New Super Mario Bros Wii U and Newer Super Luigi U.

The real question here, besides portability, is what new feature/s and add-ons will the 3DS version have over the Wii U version to warrant buying this game again? Will you at least be able to transfer the levels to Wii U to be able to upload them there? We know there are Amiibos but will that really be enough to compel Wii U players to buy this game again or even convince new players to try this game out? Anyways, let us know your thoughts in the comments. 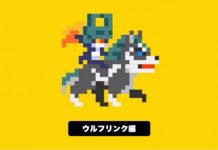