Thinks endless runners on mobile and you’re probably thinking of Subway Surfers. Well of course you are, you clicked on the link to get here, didn’t you? Subway Surfers went to Prague in the Czech Republic last month and this time around it’s going to Madagascar, Africa’s biggest island nation. 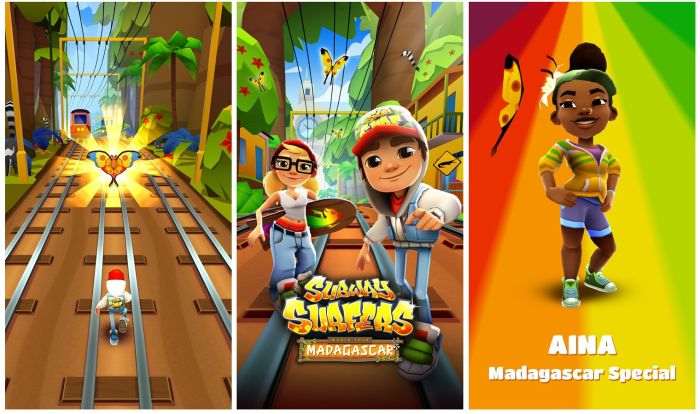 Kiloo Games has been adding regular content updates to their smash hit game, and the latest update continues in that trend. The Madagascar update will take you to the grand valleys and thick, tropical rainforests of Madagascar. There will also be a new character, fresh boards, new environments, everything you’d expect out of a good update.

Over on the right of the above image, you’ll find a new character for you to collect: Aina, the hip nature lover. You’ll also get a new outfit in this update. Also added to the update is the “Chameleon” board, which you can add to your collection if you have the coins for it. You can also catch colourful butterflies in the subway to win Weekly Hunt prizes.

Best Mobile Games of All-Time: Why Should You Download These?