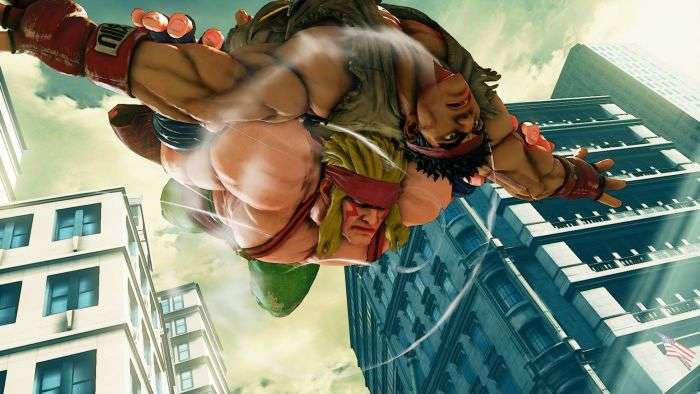 Alex’s V-Skill is called Overhaul, and it turns Alex’s next attack into a “hard hit”. What that means is that the next hit will be granted all the bonuses of a counter hit, including an increased hit stun. Then there is Rage Shift, which is a clothesline V-Trigger that Alex has to charge. When it’s charging, the move will parry any attack thrown in Alex’s way. Once it’s fully charged, it will break the opponent’s guard.

Finally, Alex’s Critical Art is called the Heavy Hammer, in which he knocks his opponent down with a powerful chop and then putting them into a crucifix hold.

The update that Alex will be a part of will also add balance changes and bug fixes a plenty. For details on the update, check out Capcom’s blog.

What do you think of these gameplay details on Alex? Let us know in the comments below.