“Western Pacific Biotwang”. This is the name scientists came up for a mysterious sound they recorded in the spring of 2015 and in the fall of 2014 while conducting exploratory research at the Mariana trench. The human ear is capable of hearing sounds with frequencies of 20 to 20,000 Hz, and this new mysterious sound had frequencies as low as 30 Hz, going as high as 8,000 Hz, lasting 3.5 seconds.

The scientists were initially confused regarding the cause of the five-part sound. But latest reports confirm that the reason behind the noise has finally been found. The researchers published a new study in the Journal of the Acoustical Society of America, suggesting that the sounds were made by a certain species of the baleen whale. These whales are named so because they use the baleen plates in their mouth for feeding, filtering krill and small fish from the sea water easily. 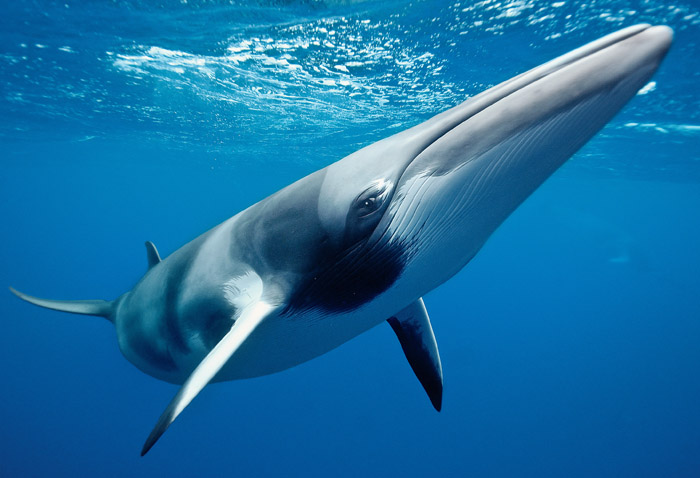 Study researcher Sharon Nieukirk and her colleagues think that the metallic-sounding finale of the noise with the complex structure is made by dwarf minke whales. She said,”It’s very distinct, with all these crazy parts. The low-frequency moaning part is typical of baleen whales, and it’s that kind of twangy sound that makes it really unique. We don’t find many new baleen whale calls.”

Now don’t get confused, as these dwarf minke whales are a species of baleen whales that produce region-specific calls to communicate with each other. Marine animals in the North Atlantic make low-frequency pulse trains, while those in the North Pacific make “boings”. The sound produced by dwarf minke whales on Australia’s Great Barrier Reef somewhat sounds like the “Star Wars” sound effects.

Various different types of minke whales have been spotted in the area in Mariana Trench where these mysterious noises were captured. However, detailed characteristics of these swimming mammals and their vocal behaviour are still unknown. The Western Pacific Biotwang, according to the researchers, resembles the “Star Wars” Call that is produced by minke whales present in Australia’s northeast coast. This is why it is being considered that the mysterious calls are produced by none other than a minke whale. 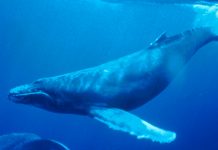