Given all the excitement now that pre-ordering for Oculus Rift has opened up and HTC has followed suit with the Vive soon to be available albeit at a higher prices, tension is high among enthusiasts as to whether their PC is suitable enough to sustain the new technology. Hardware sales are expected to skyrocket once the device is launched and as it increases in popularity because most PC configurations today are not adequate. 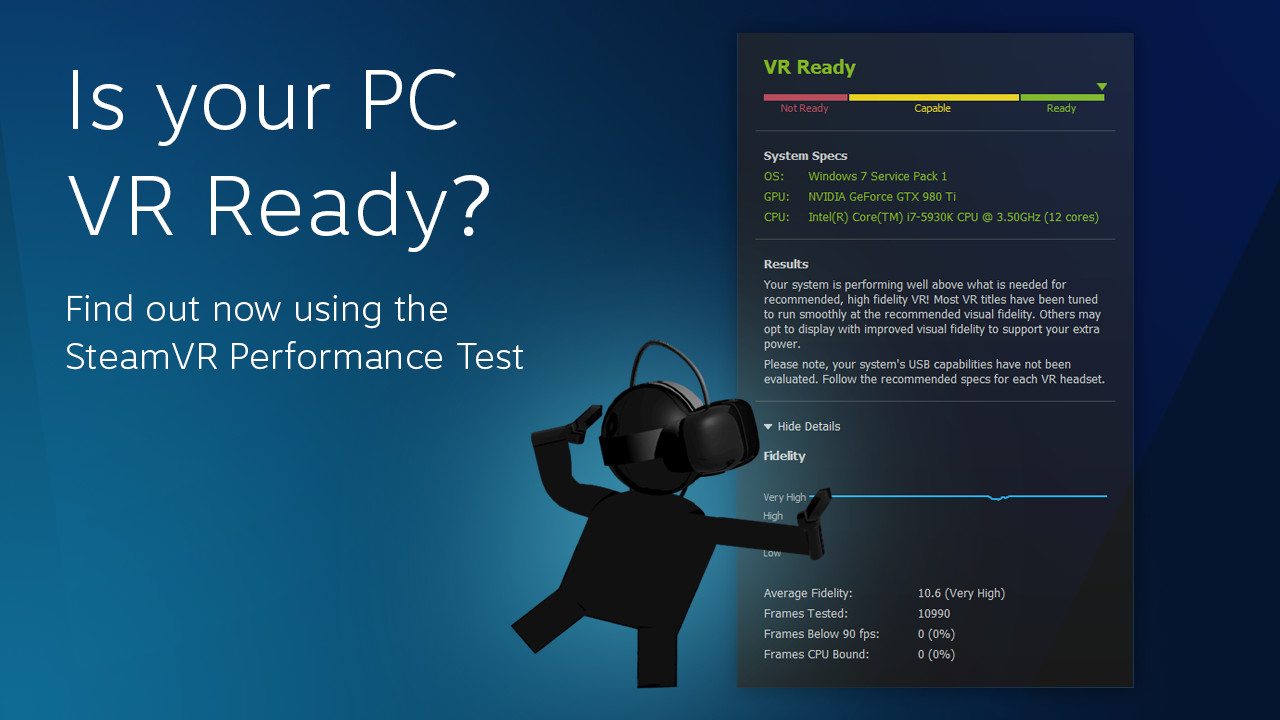 Valve has come up with a Steam VR test that comes in the form of a software that can be downloaded off the internet and installed on your computer following which it would examine the specifications and let you know how ready your computer is for virtual reality. It is being held as a benchmark test for VR readiness and if you are someone who wants to own a VR device soon or eventually, you should most certainly consider downloading it. 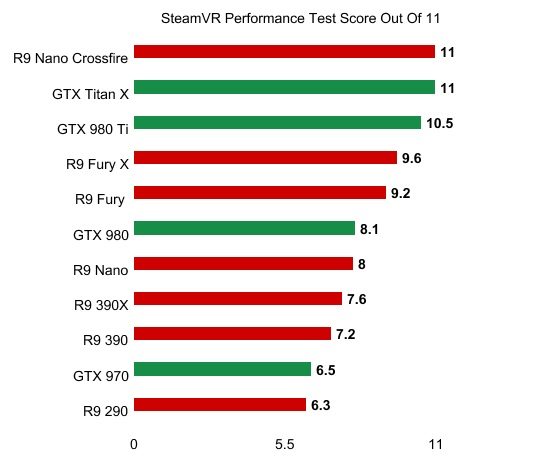 Quite expectedly, both AMD and NVIDIA have tested several GPUs for readiness and the results have put the NVIDIA GTX Titan X along with the AMD Raedon R9 Nano Crossfire as the two most suited devices. As you can see from correlating the picture above from the one below, it is basically a trade off between the performance you want and the amount of money you can shell out. 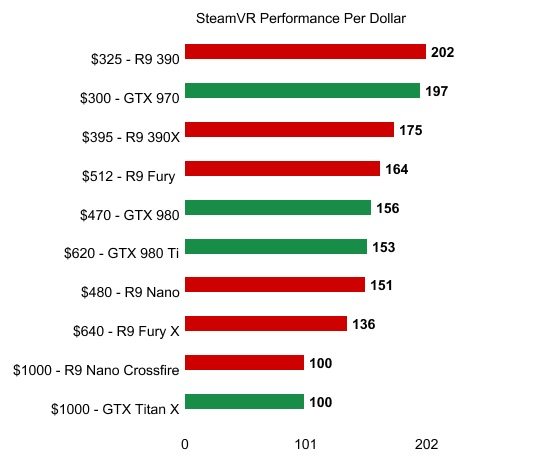 The best GPUs are the most expensive. This doesn’t tell us anything that we didn’t already know, but the app serves as a good goto test that you can take before ordering your Vive or OR.