According to Nordic Games, State Of Decay: Year One Survival Edition physical release will include the game, it’s two DLC packs, Breakdown and Lifeline, the game’s official soundtrack along with a poster which can make a nice addition to your wall.

State Of Decay: Year One Survival Edition will be physically released for PC on August 9th with a price tag of $19.99. So all this content at this price is pretty amazing. 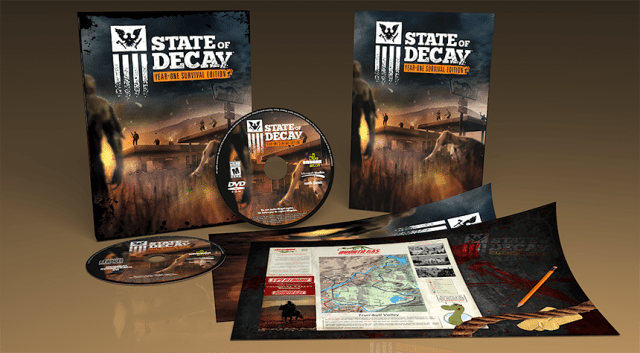 Recently, during E3 2016, Microsoft announced State of Decay 2, which is currently set to release in 2017. Unlike State of Decay, the game will feature cooperative gameplay with up to three players. The game will be released for PC and Xbox One.