MobiPicker
News Games Stardew Valley Guide: Where to find Sandfish, Pufferfish and Ghostfish
Share on Facebook
Tweet on Twitter
Deal Alert: 49% Off on ExpressVPN
Touted as #1 VPN in the world, ExpressVPN is now offering 49% off & an additional 3-months of service on its annual plans.

Stardew Valley isn’t all about farming, of course. There’s a fair bit of fishery involved in it, and if you’re wondering how to catch these rare-ish fish, we have a guide for you. 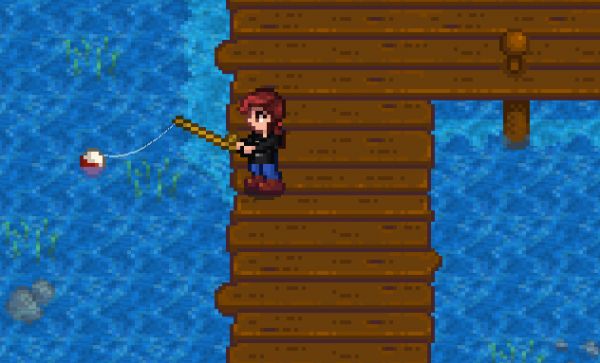 For the Sandfish, what you need to do is to fix the bus that lets you head to Calico Desert. Once you’re there, fish at the pond and you’ll have a chance to nab the Sandfish. This shouldn’t be hard to forget: sandfish, a fish found near sand. Calico Desert has sand. Lots of it.

For the Pufferfish, wait until it’s Summer, and then during daytime, go to fish at the beach. This is where you’ll find it, so keep casting the line and crossing your fingers. Upgrading your pole might be a good idea here, as it’ll help you spend your time catching the fish more efficiently.

For the Ghostfish, head over to the mines and get to level 20. Here, you should notice an underground lake where you’ll need to get fishing. There’s a lot of ghostfish here, so you should get them chomping in no time. Like with the Pufferfish, upgrading your rod is a good idea to catch these.

Have you caught these fish? Did you have a hard time of it? Let us know in the comments below.