MobiPicker
News Games Stardew Valley Beginner’s Guide: What to Plant and What to Do in...
Share on Facebook
Tweet on Twitter
Deal Alert: 49% Off on ExpressVPN
Touted as #1 VPN in the world, ExpressVPN is now offering 49% off & an additional 3-months of service on its annual plans.

Stardew Valley is the newest surprise hit from the indie field, and it should fulfil all your farming, Harvest Moon-y fantasies on the PC. But do you know how to really get going and farm right? 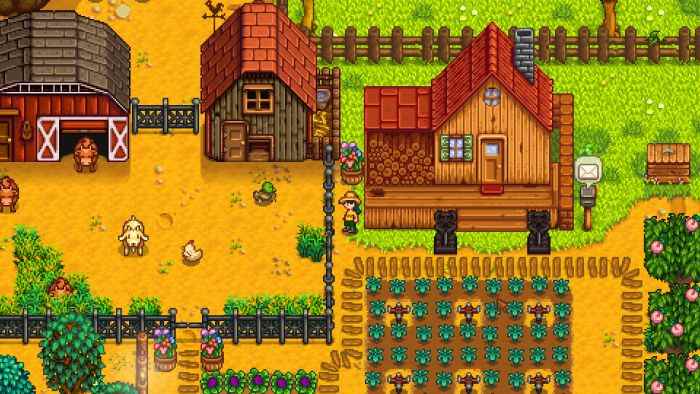 Focus on growing Cauliflower in your first spring. You make 105 gold per plant, and the crops can be grown twice per season. It’s a good idea to keep your vegetables diversified, but focus on cauliflower.

Create Fertilizer using two sap, and put it on tilled soil (before planting a new seed) to increases the chances of getting a high-quality plant. It’s pretty important in the early game.

After you’re done watering and harvesting plants in the morning, Gather Resources. Clear rocks and trees, and you’ll eventually stockpile resources that will be invaluable in upgrading your farm house.

Fish. It’ll let you make gold very quickly, which can be handy, especially while you wait for your crops to finish growing.

When it comes to Summer, you want to plant Blueberries. You can pull three berries off every vine harvested, and they bear fruit multiple times per season. That’s a load of cash, made very fast.

By summer, you should have quite a bit of wood on your hands. Don’t be afraid to use it to Repair the Beach Bridge. This way, you’ll have access to an excellent source of coral, and another dock to fish on.

Build preservers as soon as you can. To unlock preservers, you’ll have to be at Farming level 4. While preservation takes a few days, your increased profit should justify the time investment.

Mine on Rainy Days, because you don’t need to waste your time watering crops. Clear out the underground, and you’ll get a ton of crafting materials.

In fall, farm Cranberries. While not as profitable as blueberries, they’ll still end up better than anything you can manage in fall.

Upgrade your Farm and your Tools. Build a barn, coop and silo to upgrade your farm. As for tools, work on copper and steel hand tools. Remember that it takes 48-72 in-game hours to upgrade a tool, so make sure you won’t need the tool when you drop it off at the blacksmith.

Finally, in Winter, you can’t grow any crops. Focus on preserving fruits, processing milk into cheese and use the eggs from your chicken coop for your mayonnaise machine.

Explore the Mine, assuming everything else is in shape. You’ll get to recover iron, gold and other minerals, which you can use to craft new stuff!

Got any more tips for Stardew Valley? Let us know in the comments below!