The iconic ‘Star Wars’ franchise got an exciting and refreshing reboot with ‘Star Wars: The Force Awakens’, which ended with a scene involving Jedi Like Skywalker and Rey. The sequel will be ‘Star Wars Episode 8’ that will come out next year, and the final scene of ‘The Force Awakens’ has already created a lot of anticipation among the fans. One of the major discussions around the movie is regarding Rey’s parents, and it is possible that the upcoming sequel will introduce us to them. 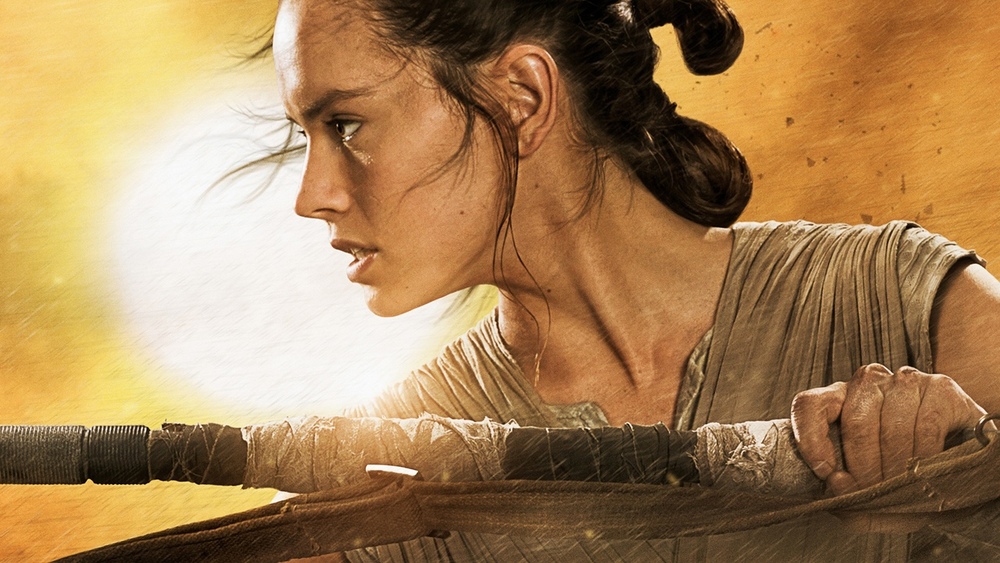 Actress Daisey Ridley aka Rey from the movie is busy promoting ‘The Eagle Huntress’, her new documentary. Daisy had an interview with Vulture where she gave out some hints about Rey’s character. On being questioned whether Rey was a Kenobi, she said,”We will see in a year. Just sit tight on that question.” As you can see from her statement, Ridley neither denied nor confirmed her association (if any) with Obi-Wan Kenobi. Though she did hint that we’ll get to know the answer for sure in ‘Star Wars Episode 8’ next year.

Some theories suggest that Rey could be a Solo or a Skywalker, given the strong control that she possesses over the Force. Some speculations say that she might be related to Jyn Erso from ‘Rogue One’, but this possibility was told to Ridley, who was caught off-guard and hinted that it’s not happening that way. She said,”I mean, I think historically it wouldn’t work, because she is … Darth Vader is there … so she would ultimately be my great-grandma; no, she would be my grandma … I mean it could happen, especially in a galaxy far, far away.”

So there it is in a nutshell- Rey’s parents are a great mystery, one that all the fans need an answer for. However, ‘Star Wars: Episode 9’ director Colin Trevorrow said that the answer to the mystery will be quite satisfying. He promised,”We’re going to make sure that that answer is deeply and profoundly satisfying. Rey is a character that is important in this universe, not just in the context of The Force Awakens, but in the entire galaxy. She deserves it. We’ll make sure that that answer is something that feels like it was something that happened a long time ago, far away, and we’re just telling you what happened.”

So that’s all we know right now, and until someone else drops some hints, we’ll have to hold on tight until 2017 to know about Rey’s actual parents. Do you have any idea? Do comment below.