Star Wars: Episode 7 last actress Carrie Fisher passed away in late Dec.2016. After her sad demise, fans across the globe came out and shared their tribute to the late actress in different forms. A Lucasfilm artist Joe Corroney has paid a tribute to Princess Leia Organa in a unique way. Read to know more.

According to Comicbook.com, Corroney has been designing art for various Star Wars properties since 1996. It further adds that he has shared the art on his Facebook page. Click here to watch the tribute he has given to Princess Leia Organa.

Some media reports had revealed that Princess Leia was going to play a very important role in the upcoming Star Wars: Episode 8. But the actress passed away suddenly thereby leaving her fans mourning the grief.

According to Artist Corroney, “Carrie was originally scheduled to be a celebrity guest for the event before she passed last December,” he continues, “The promoters commissioned me to create this very special artwork in her honor for their hardworking and necessary volunteers and staff,” reported Heroic Hollywood.

Star Wars: Episode 7 aka The Force Awakens has wrapped up on an interesting note. It has seen that Rey ends up arriving on a planet called Ahch-To and meets Luke Skywalker. There she hands him over the lost lightsaber.

Speculations are rife that in The Last Jedi, Luke will train Rey to fight against the dark side of the force. It will be interesting to watch how they handle the storyline of late actress Carrie Fisher post her sad demise. Star Wars: Episode 8 has been directed by Rian Johnson and is set to release this year in Dec.2017. 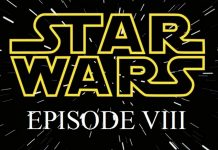 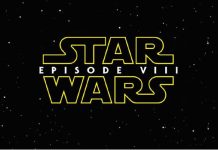