EA has confirmed that Star Wars Battlefront 2 is under development already, and has also confirmed that it will be releasing in 2017. The currently untitled game (which we are referring to as Battlefront 2 out of convenience) will likely release sometime in the holiday season of 2017, so as to release along the same time as the next movie in the Star Wars saga, Episode VIII (which is also untitled at the moment). 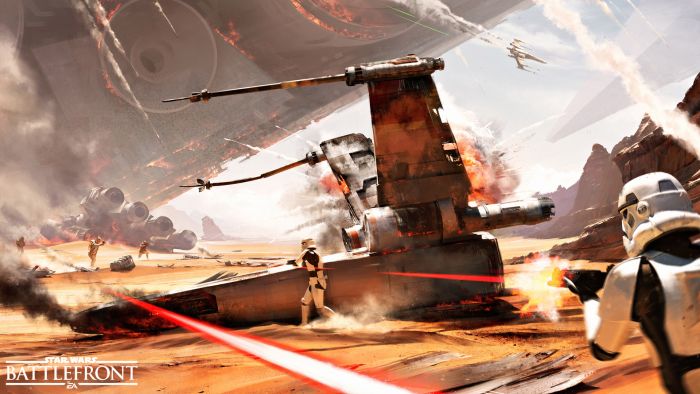 Star Wars Battlefront 2 will reportedly also feature content from “the new movies”. EA did not clarify which ones it meant specifically, but it sounds like a fairly safe assumption that we’ll be seeing content from Star Wars Episode VII: The Force Awakens, as well as the upcoming Episode VIII. There’s also Rogue One, which will be releasing later this year to factor in.

Could we finally see stars of the new movies, like Kylo Ren, Poe Dameron, Ray and Finn to be playable in the upcoming Battlefront 2? It seems very likely at the moment. What also seems likely is the inclusion of a single-player campaign in the game, as EA clarified that the original Battlefront could not have a single-player campaign as there was pressure for the game to be released in time for the release of The Force Awakens.

What do you hope to see from Star Wars Battlefront 2? Let us know in the comments below.