Star Wars The Last Jedi has been keeping the fans on their toes with its sporadic series of updates leaked or revealed since past few months. The favorite of all is Snoke who hasn’t appeared in any of the films but his images were leaked before the release of Episode VII: The Force Awakens. The common question that arose after the significant image release was whether Snoke is actually Darth Plagueis?

Famous Youtuber and Star Wars theorist, Mike Zeroh in his most recent video revealed an old set of images of Star Wars which featured Andy Serkis in his mo-cap uniform as Snoke. In the video, Mike Zeroh clearly displayed the facts that claim Snoke is actually Darth Plagueis. In the video he says: “The main thing of interest [in the picture] is the object he is holding in his left hand…it appears to be a staff of some sort. 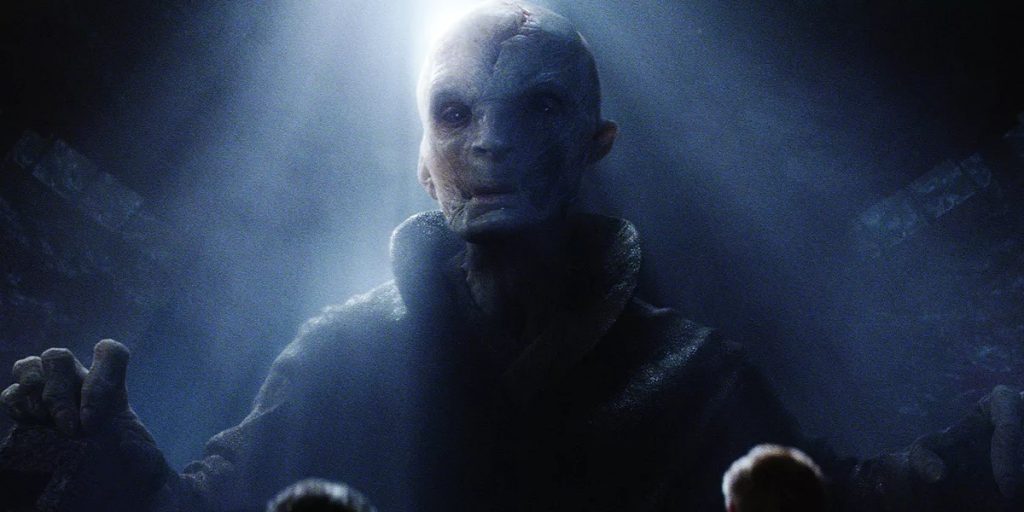 “There is a Plagueis figure that appears to hold a staff similar to what Andy is holding.
“Could Lucasfilm and Disney be basing Snoke off of the sinister character Darth Plagueis?
“I would say this would be the more realistic route…essentially Snoke would be Plagueis, just not by name.”

Zeroh further continued by saying: “However since Plagueis is canon – since he was name dropped in the book Tarkin as Palpatine’s master – it would not make all that much sense to have Snoke be Plagueis in every way besides his name.

“So, given Plagueis was mentioned in the Tarkin book, which is canon by the way, Plagueis is a part of this universe.

“However Disney and Lucasfilm could still base Snoke off of Plagueis in every way, with some differences here and there, to separate the characters.”

Who Snoke really is only the time will tell. Star Wars: The Last Jedi releases on December 15, 2017. Stay tuned with us for more updates.