HTC Bolt has been expected to launch this month and now a new report by PhoneArena confirms that the phone will be released on November 11. Some of the promotional material for the Bolt smartphone have been leaked too. There is no word on pricing yet. 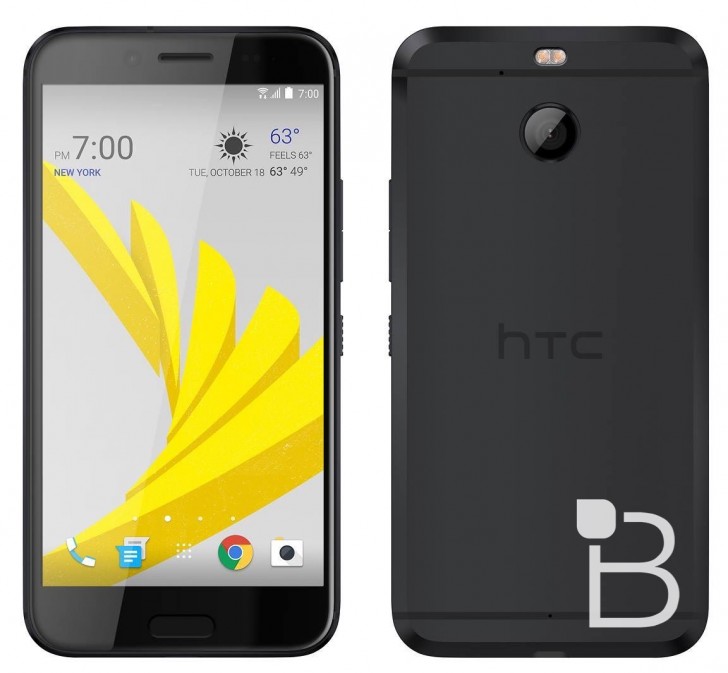 According to the report, the HTC Bolt smartphone is a Sprint exclusive in the US, however, it will be released in other countries too.

The metal build smartphone comes in Carbon Gray and Glacier Silver color options. As per the promotional material, the HTC Bolt sports a 5.5-inch display with a 2K resolution [1440 x 2560 pixels]. The upcoming handset comes with an IP57 certification, which means it can survive being submerged in up to 3.28 feet for 30 minutes. It sports a 16MP rear camera with OIS and an 8MP front camera.

However, the HTC Bolt comes without a 3.5mm earphone jack. It comes out of the box with BoomSound Adaptive Audio earphones that connect via USB-Type C port. Apparently, the ‘adaptive’ headphones feature a speaker that’s 70 percent larger than most headphones. Also, the special ‘BoomSound Adaptive Audio’ technology provides ‘fuss-free auto measurement and calibration to adapt your ears’ and 24-bit audio processing.

The Android 7.0 Nougat based smartphone comes pre-loaded with Amazon Assistant. You can also expect usual bloatware from Sprint. It also supports 2 x 30 carrier aggregation, which allows the handset to send and receive data at a faster speed. The HTC Bolt will also have a fingerprint scanner below the display, and the phone will be backed by a 3200mAh battery.

The HTC Bolt is expected to launch as ‘HTC 10 Evo‘ in international markets, however, nothing is official yet. It is a matter of a few days now and HTC will reveal all that you want to know, stay tuned.