Spiders are everywhere around us. The world’s spiders consume between 400 and 800 million tons of biomass (whether that would be insects, birds, lizards, or other animals) per year, according to the recent study published in the journal The Science of Nature.

The paper reports that spiders can devour up to double the amount of meat consumed by all humans living on Earth, which is up to 400 million tons of meat and fish each year. They can eat up to 10 percent of their body weight in food each day. Just imagine a 200-pound human eating 20 pounds of meat every day and you’ll realize how much arachnids eat. 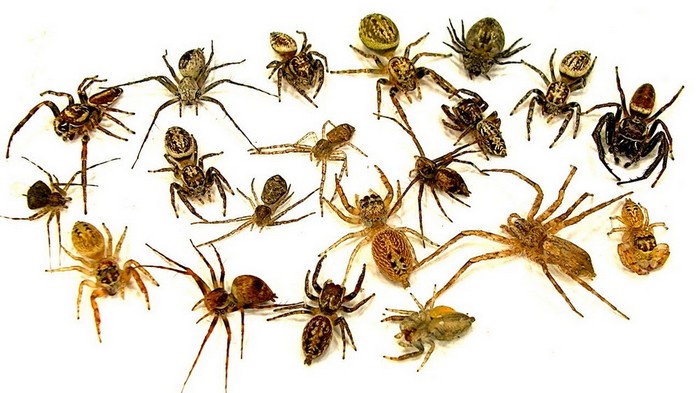 And they can be found everywhere. A study dealing with spider diversity in North Carolina households discovered that spiders can be found in 68 percent of bathrooms and in more than 75 percent of all bedrooms, which is kind of creepy.

To further raise your arachnid fears, one study discovered that spiders living in urban areas can grow bigger than those living in rural areas. And the total spider population of the world weighs about 25 million tons, comparable to 478 Titanics (the Titanic weighed about 52,000 tons).

The Washington Post journalists wanted to find out how long would take the world’s arachnid population to consume us all, and their findings are at the same time interesting and a bit bizarre. They used the data from National Center for Biotechnology Information, which calculated that total biomass of the adult population is around 278 million tons, and concluded that it would take less than a year for spiders to consume the entire adult population of the Earth.

Even when they added the weight of all children on the Earth (about 70 million tons) they would finish the job in less than a year. The reporters concluded that “In other words, spiders could eat all of us and still be hungry.”

Fortunately, arachnids don’t feast on humans. They are very important for the environment because spiders love to eat plant insects, mosquitoes, and flies. Also, their venom can do good for the chronic pain and irritable bowel syndrome. So yes, we are surrounded by spiders. But that’s actually a good thing because, if not for them, we would be swarmed with plant pests and mosquitoes. And no one likes mosquitoes, right?