Spice Mobile has launched a new budget smartphone in Xlife series, dubbed Spice Xlife M5+. The phone is priced at just $65 (Rs. 4,199), which is pretty justified compared to its specifications. 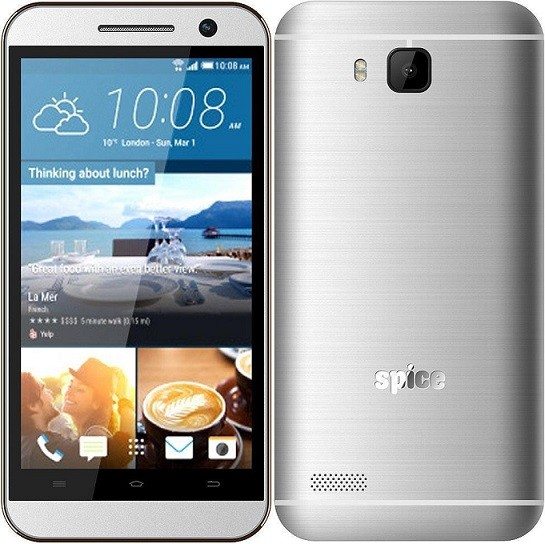 Running Android 4.4 KitKat, the Spice Xlife M5+ is equipped with a  5.0 inch WVGA  display with a resolution of  480 X 854 pixels. It packs 4GB  of native storage, which is further expandable up to 32GB , and a 2,000mAh battery. The handset is powered by a 1GHz dual core  processor, paired with unknown graphics processing unit and 512MB of RAM.

In the camera department, the Spice Xlife M5+ features a 8 megapixel primary snapper, and a 2 megapixel selfie shooter. As far as connectivity is concerned, it includes, Wi-Fi b/g/n, Bluetooth 4.0, A2DP, GPS with A-GPS, and microUSB 2.0.