MobiPicker
News Spice Xlife 406 with 4 inch Display Priced at Rs. 3,399
Share on Facebook
Tweet on Twitter
Deal Alert: 49% Off on ExpressVPN
Touted as #1 VPN in the world, ExpressVPN is now offering 49% off & an additional 3-months of service on its annual plans.

Spice has launched a new smartphone in its Xlife series, dubbed Spice Xlife 406. The new phone is available for purchase through online retailer Saholic at the price of Rs. 3,399. 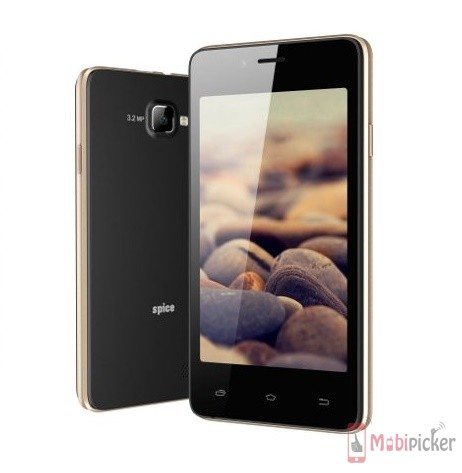 Powered by a 1GHz single core CPU, the Xlife 406 packs a 512 MB of RAM, 4GB inbuilt memory which is expandable up to 32GB via microSD card, and a 1,450mAh battery. Spice states 7 hours of talk-time and 9 hours of standby time on full charged battery. Running Android 4.4.2 KitKat, it is equipped with a 4 inch IPS TFT LCD display with a resolution of 800 x 480 pixels.

The Spice Xlife 406 offers a 1.3 megapixel front camera for selfies and a 3.2-megapixel rear camera to cover your special moments. Obviously it is not going to capture miraculous photos, but considering the price, you could not expect more than this. For the connectivity options, it includes Wi-Fi, Mobile Hotspot, microUSB, Bluetooth, and 3G.