MobiPicker
News Spice Xlife 364 with Android KitKat launches at Rs. 2,699
Share on Facebook
Tweet on Twitter
Deal Alert: 49% Off on ExpressVPN
Touted as #1 VPN in the world, ExpressVPN is now offering 49% off & an additional 3-months of service on its annual plans.

Few hours back we reported that Spice has launched Xlife 406, a new smartphone which is available for purchase on Saholic. Now it came to know that company has thrown one more device in the market through same online retailer. Dubbed Spice Xlife 364, it is priced very cheap at Rs. 2,699, and is made for the users those have not ever used smartphones. 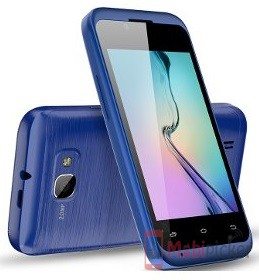 There is a 2 megapixel lens on the back and a 1.3 megapixel take cares of front. For connectivity purpose, the Spice Xlife 364 includes Wi-Fi, Bluetooth, GPS, Mobile Hotspot, 3G, and microUSB.

Stay tuned on MobiPicker and get the fastest reporting on Smartphone News.