MobiPicker
News Spice Stellar 526n launched in India at INR 7,999
Share on Facebook
Tweet on Twitter
Deal Alert: 49% Off on ExpressVPN
Touted as #1 VPN in the world, ExpressVPN is now offering 49% off & an additional 3-months of service on its annual plans.

Spice Mobility has added new smartphone to its Stellar series, dubbed Stellar 526n. The new phone will be available in white and pebble blue and is priced at INR 7,999 ($128). 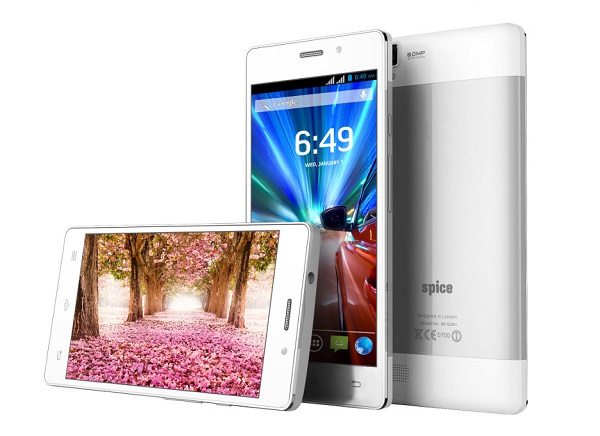 The Stellar 526 which was launched last year has a Hexa-core CPU, while the new Stellar 526n has become the Ist smartphone to packs an octa-core processor. It sports a 5.5 inch HD display, and is powered by an octa-core 1.4GHz processor, paired with 1GB of RAM. The Stellar 526n packs 8GB of internal storage which is expandable up to 32GB via microSD card, an 8 megapixel rear camera with LED flash, a 3.2 megapixel front shooter, and a 2,500 mAh battery.

It will soon be accessible through all major stores across the India, Saholic.com, and Spice Hotspot stores.