Taiwanese ePrice continues to supply regular rumors and  the most recent batch concerns the forthcoming Sony Xperia Z4. Based on an unnamed source, the next Sony smartphone will be available in two variants – one with QHD display and another with a FHD 1080p. The variant using a higher-resolution screen will sell in the United States, while other markets must be limited with Full HD variant. 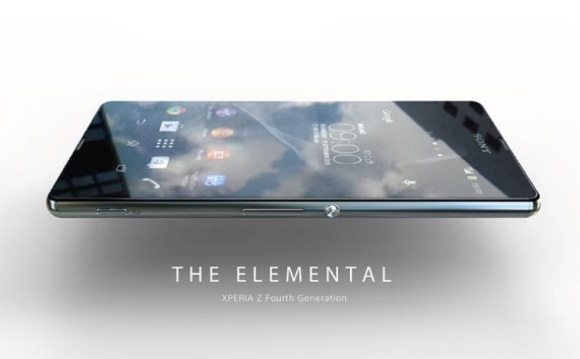 Also, it is revealed that Sony has managed to further enhance the Xperia Z4’s water resistant abilities. The phone wouldn’t have any flap cover so USB port to keep internals dry.  The front-facing camera can also be considered to be made better, however there is no additional info on details.

Last month, Via an e-mail, an alleged picture of Xperia Z4 leaked. It reveals a Sony-branded smartphone using a glossy metal frame as well as a camera shutter button on the right side. The rumored specs of the Sony Xperia Z4 include a 5.2 inch screen, 4 GB of RAM, Snapdragon 810 SoC, and a 20.7 Megapixels snapper.

Sony is expected to formally unveil the Xperia Z4 in May 15 or November 15. Hopefully, we can get the device at MWC 2014 in March.