Sony will unveil the Xperia Z3+ next week in India as there were invitations for press event on June 26 in New Delhi being circulated. Xperia Z3+ is the global version of the Xperia Z4 smartphone(available just in Japan) and Z4v which was revealed yesterday with minor upgrades over Z3+ exclusive for verizon wireless customers. Xperia Z3+ is already available for pre-order in Europe through various e-tailers. Xperia Z3+ is expected to go on sale from June 26 only. 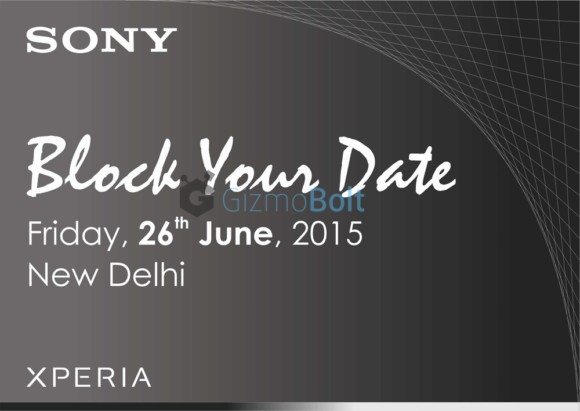 Xperia Z3+ has 32GB onboard storage with 3GB of RAM and features 5.2inch screen with 1080p triluminous display. While Xperia Z3+ is powered by 2,900mAh battery, it measures only 146x72x6.9mm. It has retained IP65/IP68 certification and has placed the speakers on the edges of main panel. Sony Xperia Z3+ has got 20.7MP Sony Exmor sensor on rear while there is 5MP camera at front. Along with the phone, there comes a QUICK charge capability which boasts of more than 5 hours of battery life in just 10 minutes of charge.

It looks like 26 is new favourite for Sony in India, last month also on 26 Sony launched the Xperia M4 Aqua Dual and Xperia C4 Dual in India.