Sony Xperia Z series is now receiving the software update for Android 5.1.1 Lollipop. The update, which the manufacturer released over OTA, is the latest release from the Google. 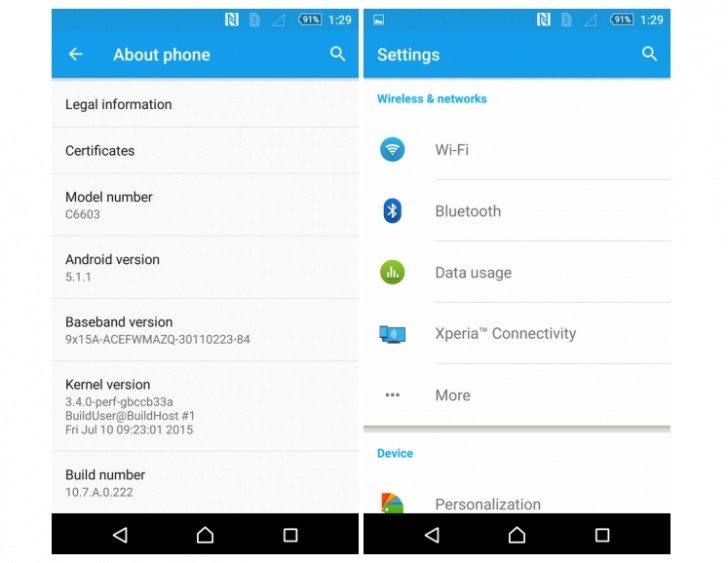 The list of devices which are receiving the software updates are Xperia ZL, Xperia Z, Xperia ZR, and the Xperia Tablet Z. Both the Wi-Fi and LTE enabled iterations of Tablet Z have received the updates.

As per the information received, only a few versions of these models have received the update. For instance, the Xperia Z handsets with the model number C6602 and C6603 have been updated along with the models C6503 and C6506 of Xperia ZL. However, only one model i.e. C5503 from Xperia ZR received the update. Also, SGP311 and SGP312 models of the Wi-Fi- version of Tablet Z have been updated along with the SGP321 model of the LTE version.

It is important to note that the most talked about software bug, Stagefright, has not been patched up by this release; it is expected that another update might be released soon to fix this.

Remember that once you update your device, irrespective of the model numbers mentioned above, the device build number will be updated to a common number, which is 10.7.A.0.222.