Sony has just announced its latest flagship offering in the name of Sony Xperia XZ Premium at an MWC 2017 event. This one seems more like a successor to Z5 Premium (announced September 2015) than the Xperia X flagship announced last year. In any case, this will be the Sony flagship for 2017 and it does come with all bells and whistles. 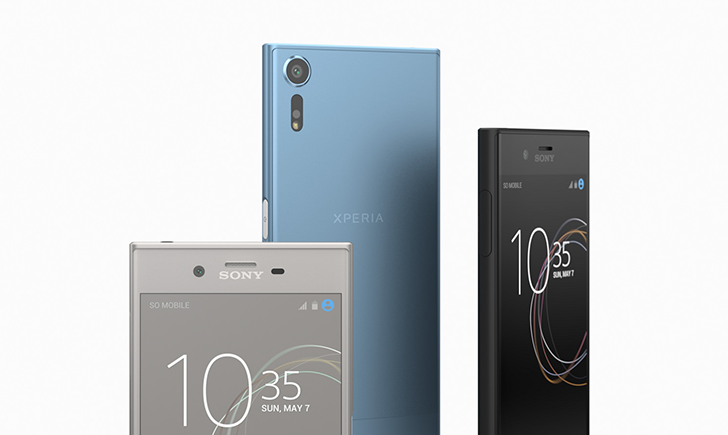 This will be the second Sony smartphone to feature a 4K TRILUMINOS™ 5.5-Inch Display with X-Reality™ after the Sony Xperia Z5 from a year and a half ago. Just like the rumors pointed out, Sony Xperia XZ Premium is powered by the latest Qualcomm Snapdragon 835 SoC, Adreno 540 GPU, and 4 Gigs of RAM. Internal storage for the smartphone stands at 64 GB with expandable capabilities of up to 256 GB. It is IP68 certified – dust/water proof over 1.5 meters and 30 minutes. There is a USB Type-C port on the bottom with a fingerprint scanner embedded into the power button.

All this is powered by 3230mAh battery with Smart STAMINA and Qnovo Adaptive Charging support. The OS department is well covered with Android 7.1 Nougat out of the box.

The Xperia XZ Premium will be available in Luminous Chrome and Deepsea Black, starting late Spring 2017. And that essentially means you will have to wait until late May or June to get your hands on the Sony flagship. In case you are wondering why the delay, let us remind you again that Samsung has booked the entire first batch of Qualcomm Snapdragon 835 chipset for the Galaxy S8 and S8 Plus to be announced next month.

Sony hasn’t revealed any information on the pricing yet, but rumors point to a $900 price tag. Everything seems great in the latest Sony offering, but we wish Sony played a little bit with the staling design.

Following are a few teaser videos of the Sony Xperia XZ Premium, Enjoy: