While Apple and Samsung are constantly in news for their upcoming flagship smartphones, there are companies that haven’t been doing well in the smartphone business. Sony is one of them, and the manufacturer is finding it tough to sustain itself in the market among the other biggies. A new leak today suggests that Sony hasn’t given up yet and is trying to make an effective comeback. 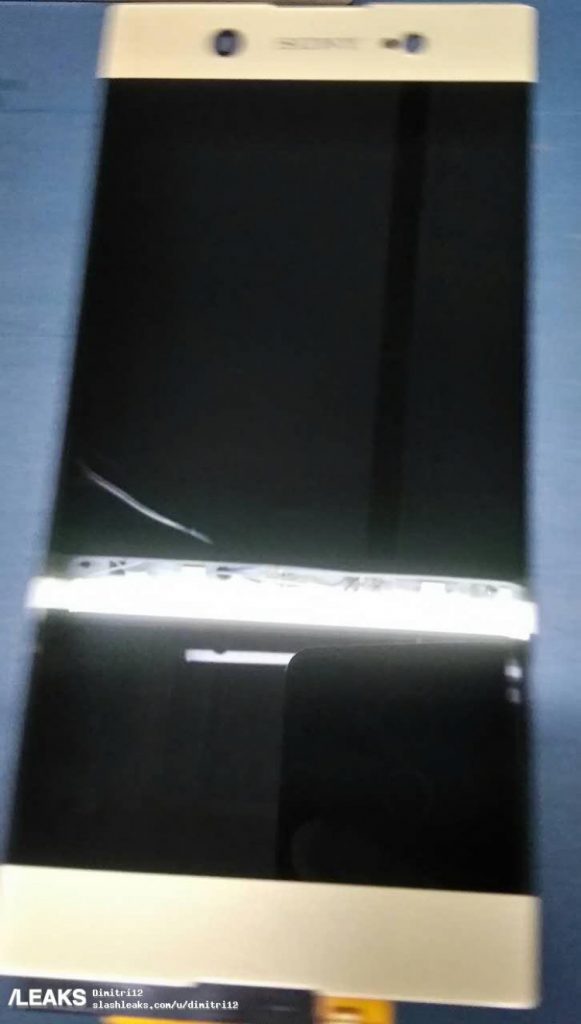 The image you see above is supposed to be a spy pic of the upcoming Sony Xperia XZ (2017). First reported by RacingJunky, the image has been leaked on Slashleaks today and shows the front panel of the Xperia XZ 2017 version. The Sony branding on the upper chin of the panel is blurry but quite evident.

The Gold colored panel has got a curved screen if you notice closely. The upper and lower bezels are quite thick, but this might just be a prototype and the final product might have thinner chins. There are stereo speaker grilles on the top and bottom, though the bottom one might be just a facade housing the primary microphone.

No other detail or information regarding the specs or features of the phone have been leaked. But the spy shot is enough to tell us that Sony might be working on a more powerful, more exciting 2017 version of the Xperia XZ. This will be a premium device, and if Sony gets it right, this phone could bring back Sony’s lost charm.