Sony has confirmed that the Android Nougat soak test will soon be started on its Xperia X Performance devices. The soak test will be done in selected regions via Xperia Beta Program within 48 hours. In August, Sony had invited fans to test the Android Nougat software on Xperia X Performance devices via Xperia Beta Program in selected regions. However, registered users never received the preview firmware. 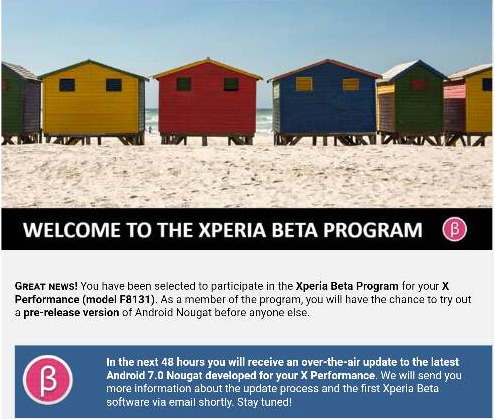 Now, Sony has sent out emails to the registered Xperia X Performance owners stating that the new Android 7.0 Nougat developer preview roll out will start in the next 48 hours via OTA (Over-The-Air).

The Xperia Beta Program is a part of Sony’s goodwill initiative to open communication between Sony device users and the software developers. It allows the company to get feedback and fix any glitches to improve the new firmware before it is publicly released to the masses. Sony is expected to publicly roll-out Android Nougat to Xperia X Performance devices by the end of December. Other Sony devices including the Xperia Z3+, Xperia Z4 Tablet, Xperia Z5, Xperia Z5 Compact, Xperia Z5 Premium, Xperia X, Xperia XA and Xperia XA Ultra are also confirmed to get the new update, possibly in Q1 2017. 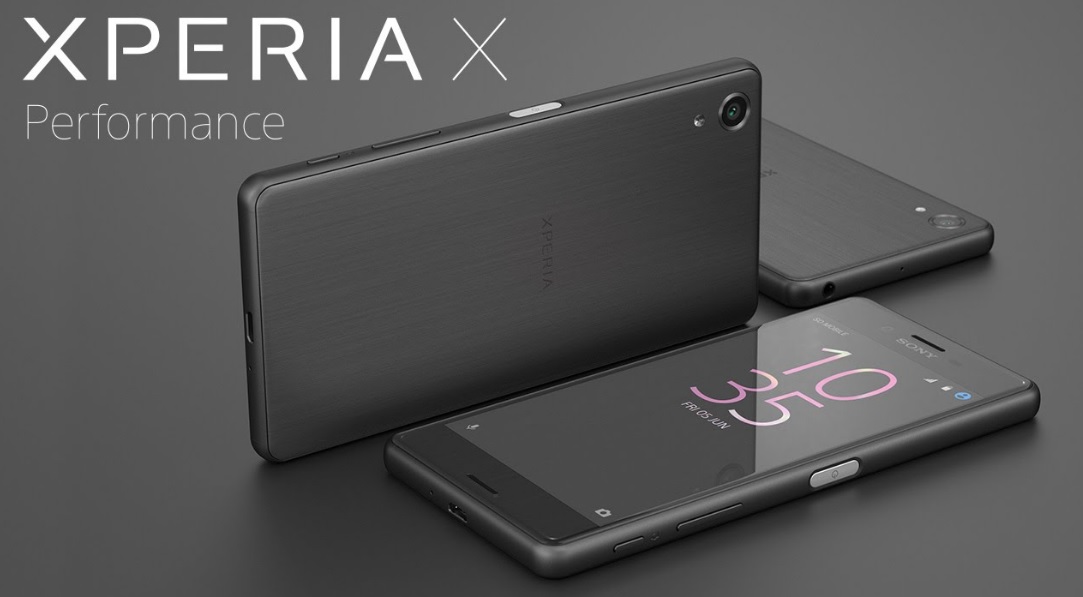 The Sony Xperia X Performance smartphone was launched in February 2016. It comes with a 5.0-inch touchscreen display with full HD resolution. It is powered by a Qualcomm MSM8996 Snapdragon 820 CPU along with 3GB of RAM and 32GB internal storage [expandable up to 2TB via a micro SD card]. The Android 6.0-based device sports a 23-megapixel rear camera and a 13-megapixel front camera. It is backed by a 2700mAh non-removable battery.