Sony is expected to unveil some new gadgets at the IFA 2016, and If the recent rumors are to be believed, the Japanese manufacturer might release two new members for the Xperia X family.

Sony Xperia X Compact is the most anticipated device of the two, with other being an XR or XZ variant. In fact, Sony itself stamped the existence of both the smartphones a few days ago. But Sadly, nothing else came from the horse’s mouth.

Anyways, today we have some exciting news for Sony fans and tech enthusiasts in general. A new leak has just cropped in for Xperia X Compact at GFXbench, one of the benchmarks that stores results from unannounced devices among other things.

It shows that the Sony Xperia X Compact will be powered by a 2.1GHz quad-core Qualcomm Snapdragon 820 processor and 4GB of RAM. Internal storage will stand at 64 GB, with no clarity on the micro-SD support, just yet. Like always, the Compact variant will have a 4.6-inch display supporting the Full HD (1080p) resolution. 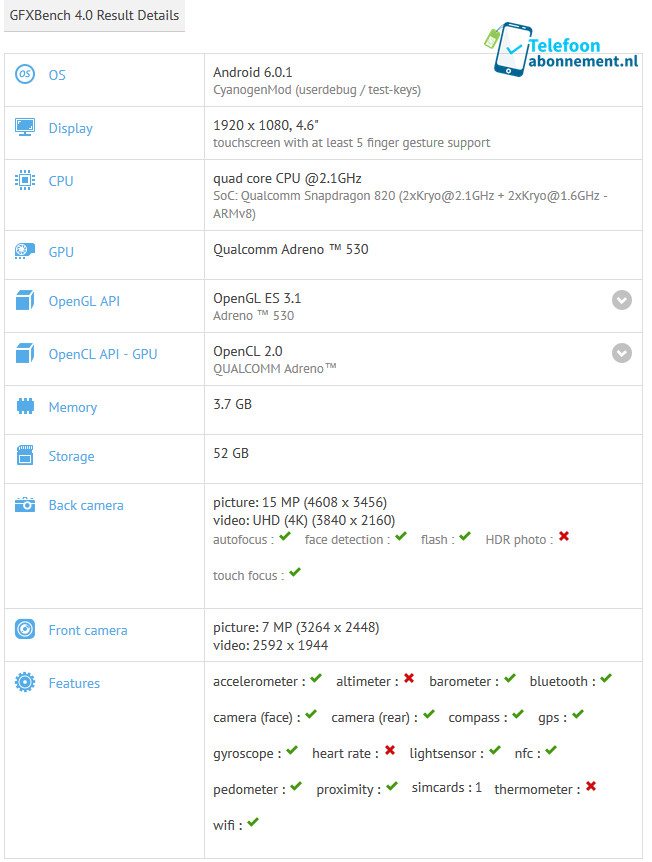 As far as the camera is concerned, Xperia X Compact will rock a 16MP rear shooter with 4k support and an 8 MP front shooter. The handset will run Android Marshmallow v6.0.1 out of the box, with an expected Nougat upgrade later.

As far as release date is concerned, Sony is expected to launch the smartphones in early September, the global market availability might take a month or two.