Just days ago, we reported that Sony is planning to roll out its Xperia M5 smartphone in the Europe. But that time we were aware of just two countries to get the phone – Poland and Netherlands. Now a listing on Carphone Warehouse confirmed the phone existence in the UK too. The retailer has opened the pre-order page for the Xperia M5 with an expected delivery date on February 8th. 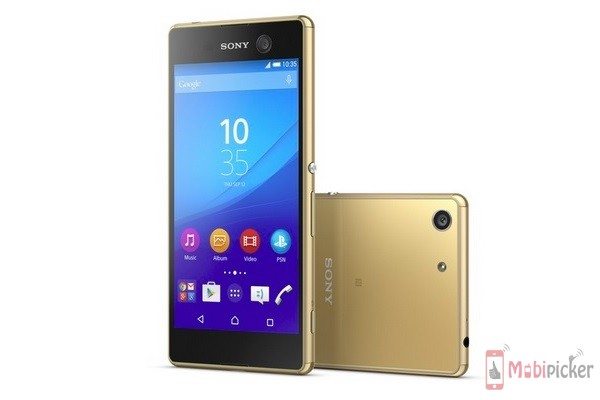 It is worth noting that the Sony Xperia M5 in Gold colour is exclusively available with Carphone Warehouse, that means you won’t get the variant anywhere else in the UK.

Currently, the Xperia M5 pre-orders are available only on contract with carriers. For an SIM-free device, you may need to wait for some more days. If you get the phone on contract, the Xperia M5 comes free with plans starting at £22 / month. The cheapest offer is available from Vodafone which gives you unlimited texts, 500MB 4G data, and 500 calling minutes. Obviously, you can go for higher plans too as 10GB of 4G data, unlimited minutes and texts. It will cost you £44.99 at EE, £36/month on Vodafone, and £39 at O2.

In terms of specifications, the Sony Xperia M5 features a 5-inch FullHD display and is powered by the MediaTek Helio X10 SoC with an octa-core processor, clocking at 2GHz. Other features include 3GB of RAM, 16GB of expandable memory, 21MP primary camera with LED flash, a 13MP front shooter, 4G LTE, and a 2,600mAh battery. Android 5.1 Lollipop comes pre-installed, and the phone is planned for Android 6.0 Marshmallow upgrade sometimes in February.