MobiPicker
News Sony Xperia M4 Aqua Dual launched in India for INR 24,990 ($390)
Share on Facebook
Tweet on Twitter
Deal Alert: 49% Off on ExpressVPN
Touted as #1 VPN in the world, ExpressVPN is now offering 49% off & an additional 3-months of service on its annual plans.

Sony Xperia M4 Aqua Dual, which was unveiled back in March, is now available in India starting today. The waterproof handset will be available in white, black, and coral color choices for a price tag of INR 24,990 ($390). The M4 Aqua comes with IP 68 certification for water resistance and interestingly, it doesn’t have flap on USB port, unlike the previous water resistant handsets from the company. 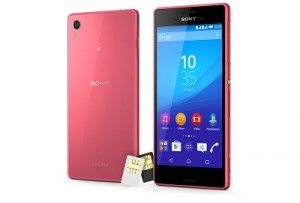 If you are staying in India and want to ensure that you have a water resistance smartphone before the arrival of monsoons, how do you consider the Sony Xperia M4 Aqua Dual?