MobiPicker
News Sony Xperia M4 Aqua 8GB model comes with mere 1.26GB free space
Share on Facebook
Tweet on Twitter
Deal Alert: 49% Off on ExpressVPN
Touted as #1 VPN in the world, ExpressVPN is now offering 49% off & an additional 3-months of service on its annual plans.

If you have been a fan of Sony and considering their new Sony Xperia M4 Aqua 8GB model, then you should really think before making a final decision. According to a report by Xperia Blog, the M4 Aqua 8GB model spares mere 1.26GB of free space on the handset when you start it for first time.

Needless to say, the space available for user is not even enough for the kids. The last option to make the things work, like adding media files, installing games, apps and other interesting stuff, you will end up with purchasing a memory card. 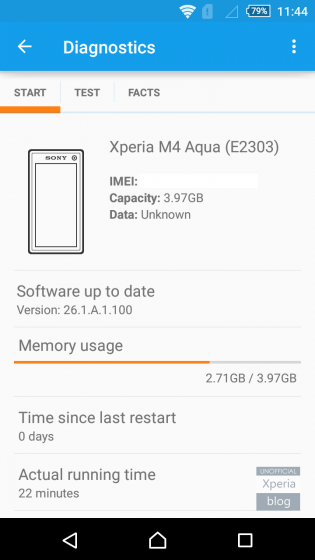 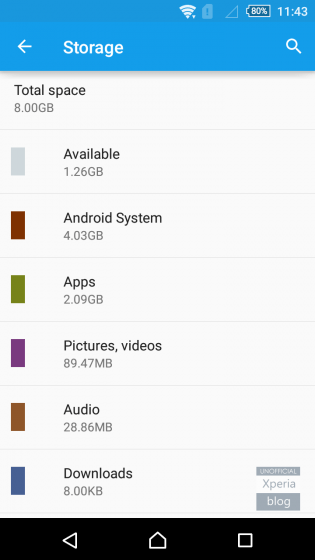 If you are thinking of removing the pre-installed apps from the phone, wait!, the guys at Xperia Blog have already tried the move but could not free the space more than 470MB.

It is not understood, why the mobile manufacturers are still making the phones with 8GB of storage when everything needs more space – Operating systems now consumes almost double space than previous stages, HD videos, large games, a number of interesting applications. The time has come when all the companies should standardized the 16GB minimum storage on all type of smartphones.