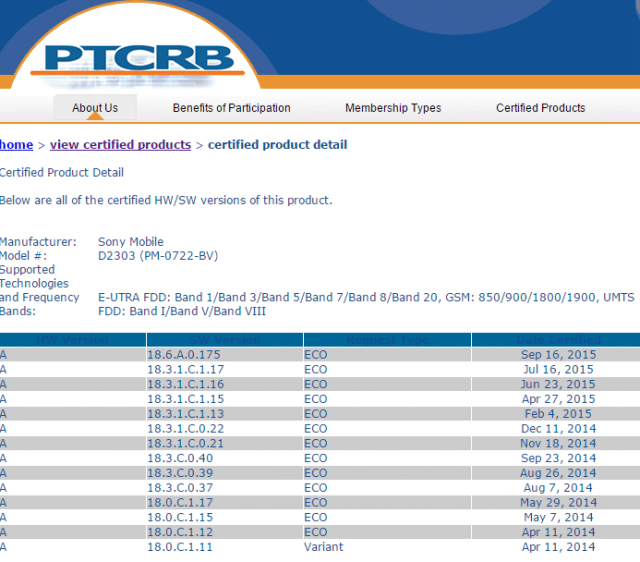 This is the last step before an upgrade gets released, so if nothing goes wrong, we could expect the update notification in a week or two. The firmware build number recorded at PTCRB is 18.6.A.0.175.

Besides the many new features, improvements and bug fixes that the Android 5.1.1 Lollipop is bringing, we expect Sony to fix the Stagefright exploit.

It is possible that before being released globally, the update will roll out in just few countries. We are going to watch out for more information on this. Until then, stay tuned!