MobiPicker
News Sony Xperia M2 and M2 Aqua Directly Get Android 5.1.1 Update
Share on Facebook
Tweet on Twitter
Deal Alert: 49% Off on ExpressVPN
Touted as #1 VPN in the world, ExpressVPN is now offering 49% off & an additional 3-months of service on its annual plans.

Sony Mobile has confirmed that the Android 5.1.1 Lollipop firmware roll-out is finally available for the Xperia M2 and M2 Aqua range of handsets. There was a speculation about the Sony devices getting upgraded soon and what would come as better news for the users than the Lollipop update. 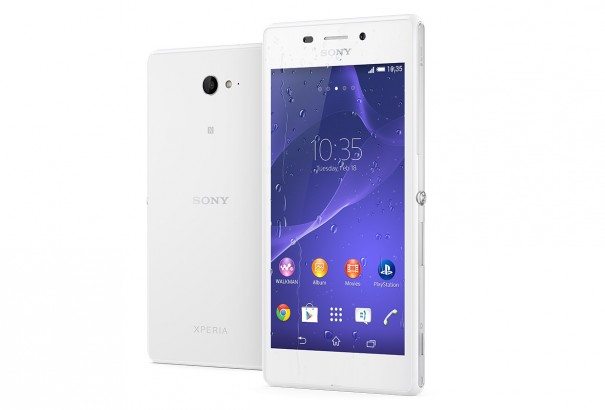 The Xperia M2 duo were long trudging the path of Android 4.4.4 KitKat until now. This feature now provides them with a better user interface than the previous one. Apart from this it includes many customization options, one gets finger control over the volume, silent and alert functions as well.

There is also a LinkedIn integration which helps to connect with various employers and information about meetings and participants will now show up in the calendar. The new version also helps to snap selfies remotely with the Smartwatch 3. Though there has been no official confirmation but the update also seals up a major threat that haunts Android devices- Stagefright Vulnerability.

Sony issued a statement that the roll-out will come in phases and may not reach immediately. Once upgraded the Xperia M2 and Xperia M2 Aqua get rolled up to the firmware version 18.6.A.0.175. This could now go a long way in pleasing the users and the experience would be the one to be really proud of.

Below is a list of firmware versions for the devices: