Sony may soon announce another 4.6inch device carrying a model number E5663 which was spotted few hours back on benchmarking websites. Unlike the current trend by Sony phones having screens bigger than 5 inches, this smartphone will be the first from Sony featuring a just 4.6inch screen with 1080x1920p resolution. 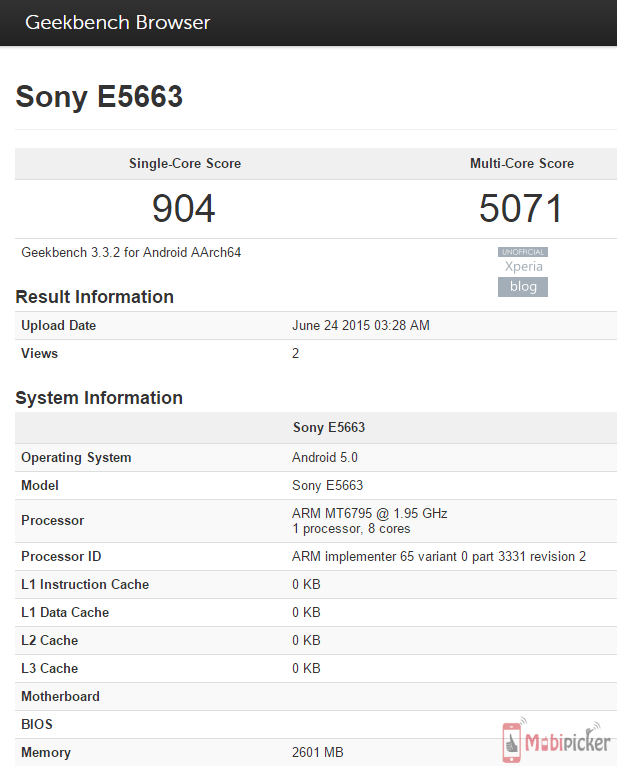 With 20.7MP rear snapper and a 13MP selfie camera it is being touted as a phone for selfie lover generation. Powered by 64-bit octa-core MediaTek MT6795 processor it houses a 3 GB of RAM with 16 GB of internal memory, and Android 5.0 Lollipop OS. 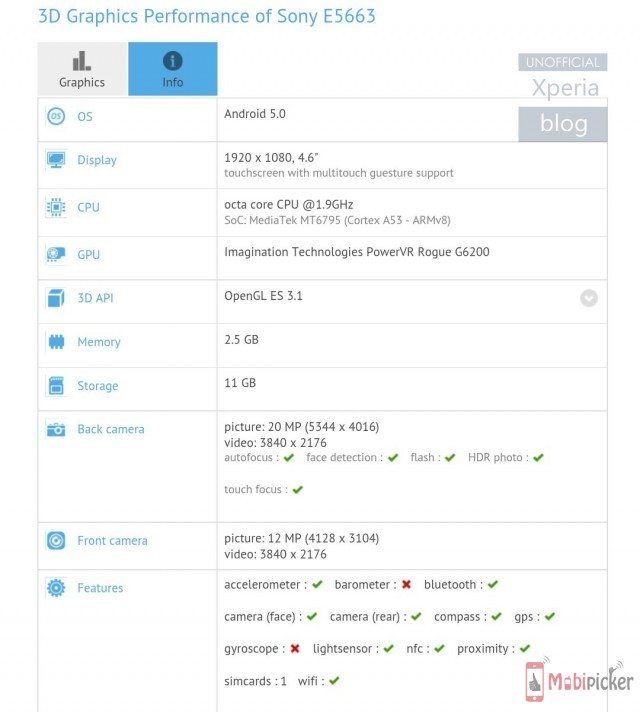 According to the rumor mills Sony E5663 will be Xperia Z4 Compact.  Like Xperia Z3 Compact which sports a 4.6inch screen with 720p display, Sony E5663 with similar screen size and 1080p resolution will be the perfect heir to the Xperia Compact series. However we have to take this rumor with pinch of salt as it is not officially announced and Sony E5663 may adorn a new name during its curtain raiser to the world.

However recently Zauba has showed Sony E5663 in its import database. According to a logical rumour it may also be an India only phone looking at last two digits as ‘63’ of the models recently announced for India where Xperia M4 Aqua Dual adorned E2363 and Xperia C4 Dual adorned E5363.

Looking for announcement date and price, we don’t know it yet. Don’t worry we will keep you posted on the your favorite Sony Xperia.