Mobile World Congress 2015 is a week away from now and rumors are making rounds for the smartphones to be unveiled at MWC. Samsung and HTC are on the top spot with their upcoming flagships Galaxy S6 and One M9 respectively. Yesterday, we received a massive leak, which confirms that Lenovo is going to introduce six smartphones at a time.

There are number of device to unveil at the event, but the eagerly awaited Sony Xperia Z4 is still not on the list to announce at MWC, the Sony confirmed. Although, the company is working on mid-ranged devices to unveil at the Barcelona this March. There are two Sony device rumored – Initially Sony E2303 has leaked via two different benchmark GFXBench and Geekbench  scores. Another Sony E2333 has spotted at CompuBench. 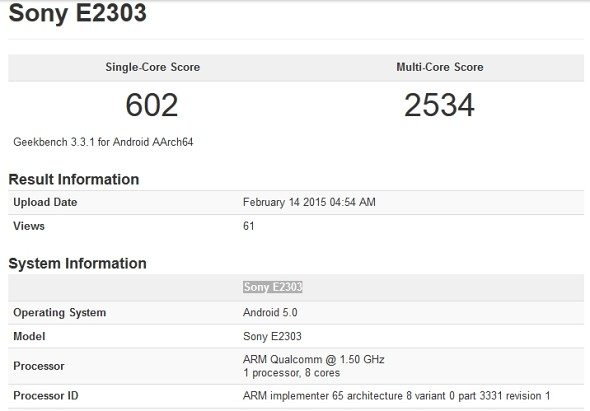 The battery details are not available at the moment, but OS is confirmed to be Android 5.0 Lollipop. 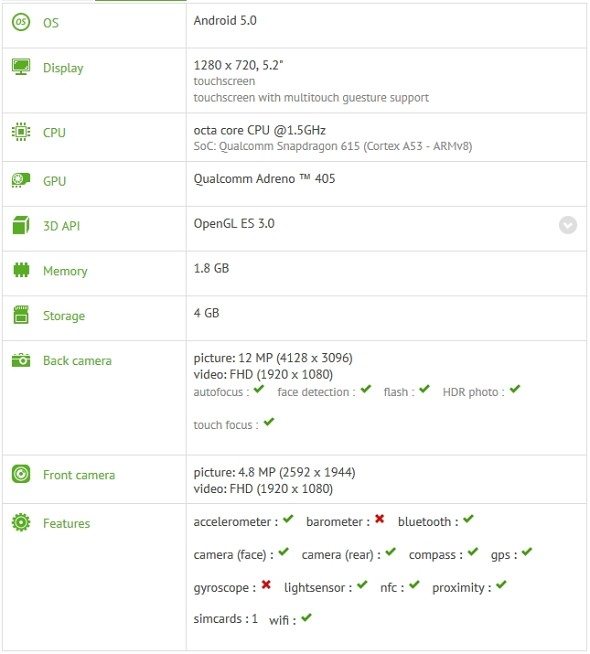 Click next page below ‘Related news’ to check out Sony E2333.