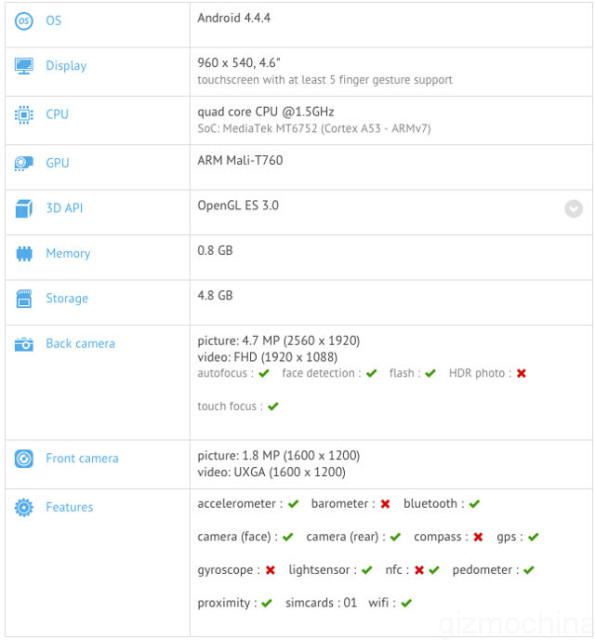 The upcoming device with model number E2003/ E2033 sports a 4.6 inch display with 960×540 pixel display and powered by Mediatek MT6752 chipset. The upcoming phone has a 1 GB of RAM and 8GB internal memory. A 5 MP camera with 1080p video quality assigned for rear and 2 MP at front. The unknown device runs Android 4.4.4 Kitkat. Further, the device is not coming with dual SIM support.

As per the leaked specs, it seems that the upcoming Sony smartphone could be a budget-phone in the line of E-series.