MobiPicker
Tech Hardware Sony 256GB Class 10 SD Card Supporting 4K Launched In India for...
Share on Facebook
Tweet on Twitter
Deal Alert: 49% Off on ExpressVPN
Touted as #1 VPN in the world, ExpressVPN is now offering 49% off & an additional 3-months of service on its annual plans.

Sony has announced a new range of memory cards in India. The new High Speed UX series of SD cards comes with a storage option of up to 256GB. The Sony 256GB Class 10 SD Card is the ‘Highest Capacity Card’ made by Sony. It is priced at Rs 11,500 in India. The new memory card series comes with fast data transfer speeds and 4K compatibility for cameras. 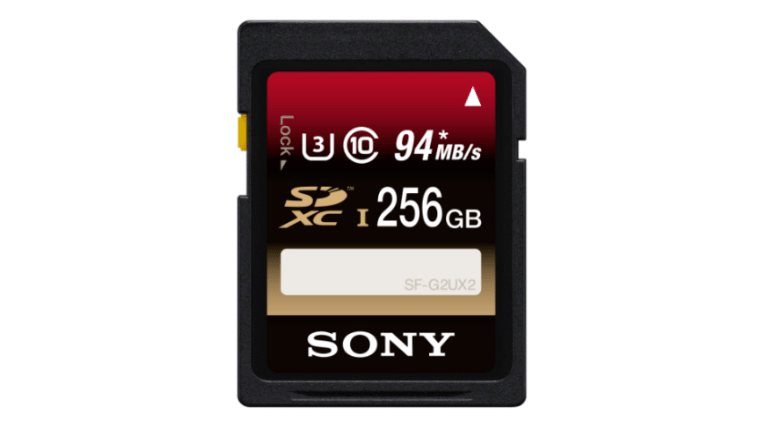 The Sony 256GB Class 10 SD Card is aimed at professional or semi-professional photographers and videographers. It comes with enhanced speed and transfer time to minimize workflow speed and improve efficiency. The new card has 256GB of available storage capacity. It comes with data transfer speeds of 94MB per second (reading) and 70MB per second (writing). The usable capacity on the card is 230GB.

The new high capacity SD Card also supports the 4K technology, which will also help in smooth recordings as well as minimal buffering while capturing still images in the burst, multi-frame or panoramic modes. It is also compatible with XAVC S codec mode recording.

The Sony 256GB Class 10 SD Card is shockproof and designed to perform under a wide range of operating temperatures. It is protected with molded resin. The card has UHS-I; Class 10 (SD Speed Class) and Class 3 (UHS Speed Class) ratings. The SD card is tested to achieve high levels of reliability and data integrity. Still, it also comes with the Sony File Rescue software, which allows you to recover accidentally damaged or deleted files.

The new UX series SD Cards are now available at all Sony Center and major electronic stores across the country. The new cards are compatible with multiple SDHC/SDXC hardware devices.