The rumored couple, Song Hye Kyo and Song Joong Ki in the past have never confirmed their relationship status. But fans have never lost their hope in the stars speculated alliance, even after Park Bo Gum and Song Joong Ki’s uncomfortably heightened bromance, fans never let their hope down. But now it seems that stars are shining all bright in favor of the fans as it is rumored that the Descendants of the Sun actors, might confirm their relationship status in an upcoming interview with W Korea Magazine. 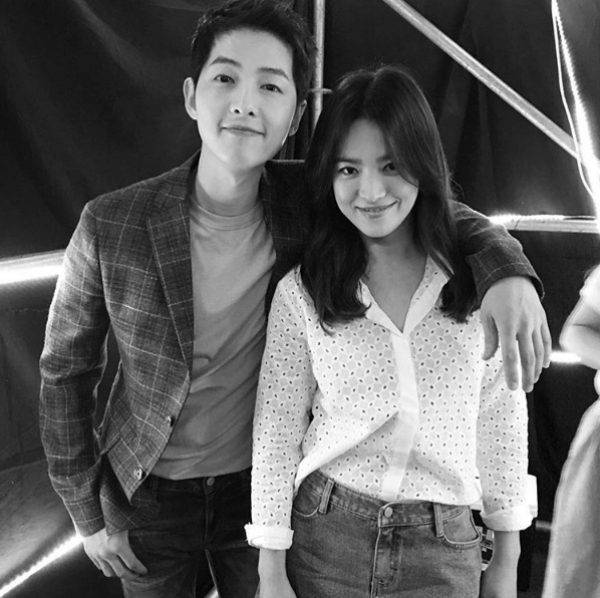 Rumors are also making rounds on the internet that the couple would also feature together for the magazine’s cover page, but since these are unconfirmed reports, nothing of sorts can be assumed. Fans, on the other hand, are bidding high in favor of the news and are asserted that the couple might appear for the interview together and also for the front page shoot as well. Speaking about official confirmation on the same, neither the stars nor the esteemed publication has confirmed the same.

Not only this, it is also speculated that the couple might get married soon, as reported by Korea Portal. Since a pretty long time now, Song Hye Kyo has been posting her photos with babies on her Instagram handle. With her consistent posts, fans had assumed that the couple might be getting married anytime soon. Again, there is no official confirmation on the same by either of the stars.

What do you guys think, will the rumored couple get married soon? If yes, leave in your comments below. Till then, stay tuned with us for more updates on the story. Keep up!