Just a day after HTC UK confirmed to unveil a “new HTC One” at MWC on March 1, the HTC USA has tweeted arrival of “something HUGE”. HTC USA might be trying to create excitement for the event held at Barcelona on March 1, and it truly didn’t given any hint on any device to unveil at the occasion. 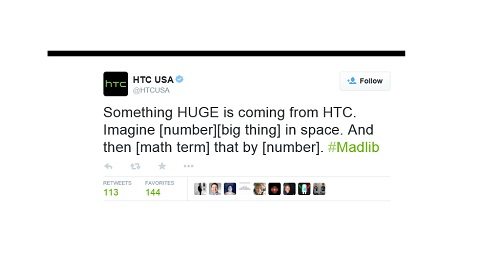 But, we are not dumb and understands that all the tweets and hints are made to attract the youth towards the unveil of their upcoming One M9. And following the tweet, the One M9 is really huge as the smartphone is next flagship of the company.

However, after all tweet and leaks, we are left only to wait for MWC, where the Taiwanese company will unveil the “something HUGE”